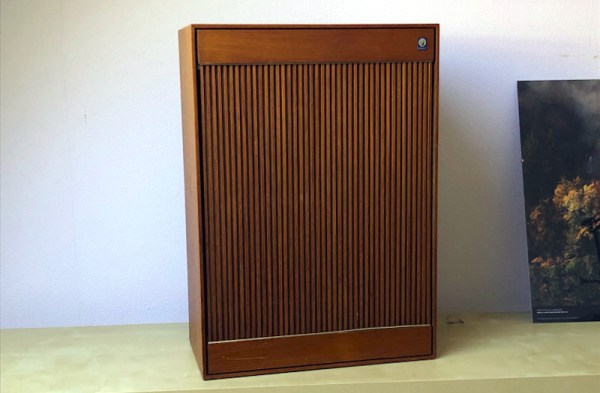 We’re in a fortunate position when it comes to audio gear, because advances in amplifier and signal processing technology have delivered us budget devices that produce a sound that’s excellent in comparison to those of a few years ago. That said, a decent quality device is good whichever decade it was manufactured in, and a speaker from the 1960s can be coaxed into life and sound excellent with a modern amplifier. It’s something [Sebastius] has explored, as he picked up an attractive-looking set of Swedish speakers from the 1960s. Wanting to bring them into the 21st century, he’s upgraded them for Sonos compatibility by hacking in the guts of an IKEA Symfonisk bookshelf speaker.

The speakers themselves looked good enough, but on closer examination they proved to bear the scars of many decades. After testing new wiring and drivers they still had a good sound to them. Their passive crossover meant that hooking them up to a single amplifier is as straightforward as it was decades ago, but a Symfonisk has an active crossover and two amplifiers. Fortunately there’s a neat hack by which those two amplifiers can be combined as one, and this is what he’s done with the resulting Symfonisk electronic package mounted on the reverse of the speaker.

The fate of the original speaker’s broken mid-range and tweeter drivers was a common enough one back in the day as speakers were ill-matched to amplifiers. Too small an amp would need turning up in volume to get a good sound resulting in distortion that would burn out the top end drivers, while too much power would result in the bass drivers being overloaded and failing. It’s unclear whether the drivers in a vintage speaker would be well-matched to an amplifier such as the Symfonisk, but we’re guessing they are safe while run at sensible volumes. Perhaps of more interest is whatever on-board DSP a Symfonisk contains, because while vintage speakers were designed for as flat a response as possible, modern compact speakers use DSP to equalise the frequency and phase responses of otherwise not-very-good-sounding enclosures. If the Symfonisk does this then those adjustments will appear as distortion in the sound of a different cabinet, but the question remains whether that distortion will be significant enough to be detectable by ear.

If the Symfonisk catches your attention, we’ve covered a teardown of it in the past.