Bob Widlar (1937-1991) is without a doubt one of the most famous hardware engineers of all time.  In fact, it would not be an exaggeration to say that he is the person who single-handedly started the whole Analog IC Industry. Sure, it’s Robert Noyce and Jack Kilby who invented the concept of Integrated Circuits, but it’s Widlar’s genius and pragmatism that brought it to life. Though he was not first to realize the limitations of planar process and designing ICs like discrete circuits, he was the first one to provide an actual solution – µA702, the first linear IC Operational Amplifier. Combining his engineering genius, understanding of economic aspects of circuit design and awareness of medium and process limitations, he and Dave Talbert ruled the world of Analog ICs throughout the 60s and 70s. For a significant period of time, they were responsible more than 80 percent of all linear circuits made and sold in the entire world.

The list of his designs includes gems such as µA709, improvement over original µA702 and a Fairchild’s flagship product for years, µA723 — first integrated voltage regulator and LM10 — the first ultra-low-voltage opamp, which is still in production today. Students usually learn about Widlar via the textbook-classic: Widlar Current Source, a key piece in many of his designs, and the Bandgap Voltage Reference – both of which provide an infinite supply of mind-boggling exam problems. If there is one theme that’s common across all of Widlar’s designs, it’s that he has never designed an obvious circuit in his life. Every Widlar design comes with a twist, a unique idea and very often, a prank. A classic example of this is the story of LM109, the industry’s first three-terminal adjustable voltage regulator. In 1969, Widlar wrote a paper in which he argued against feasibility of monolithic voltage regulators due to temperature swings and packaging limitations. Since he was already an engineering legend by that time, the industry took it seriously and people gave up trying to pursue such devices. Then in 1970, he presented a circuit — LM109 — which used his bandgap voltage reference to achieve exactly such “impossible” functionality. It is most likely that he submitted both works within days from one another. In addition to being a brilliant designer, Widlar was a personification of an age to come in Sillicon Valley, combining counter-cultural and in-your-face attitude with entrepreneurial passion and desire to build products that people love. He worked directly with customers and wrote his own app notes and data sheets. In fact, Widlar’s µA702 laid out the blueprint for how all analog IC data sheets are to be written in the future. His principle was “designing for minimum phone calls” and “if you make a million ICs; you get half a million phone calls if they don’t work right”. He was both destroyer of the worlds and creator of new markets; he came into Fairchild claiming that “what they do in analog is BS”, but left the company as a dominant player in linear IC for years to come, mostly on the wings of his designs. He then moved to Molectro (owned by National) but quickly ended up turning the parent company upside down and making into an Analog powerhouse. At the age of 33 he cashed out and retired in Mexico. But his hands couldn’t stay idle for too long. He soon came back as a contractor for National and, in 1980, ended up founding Linear Technology with Robert Swanson and Bob Dobkin, 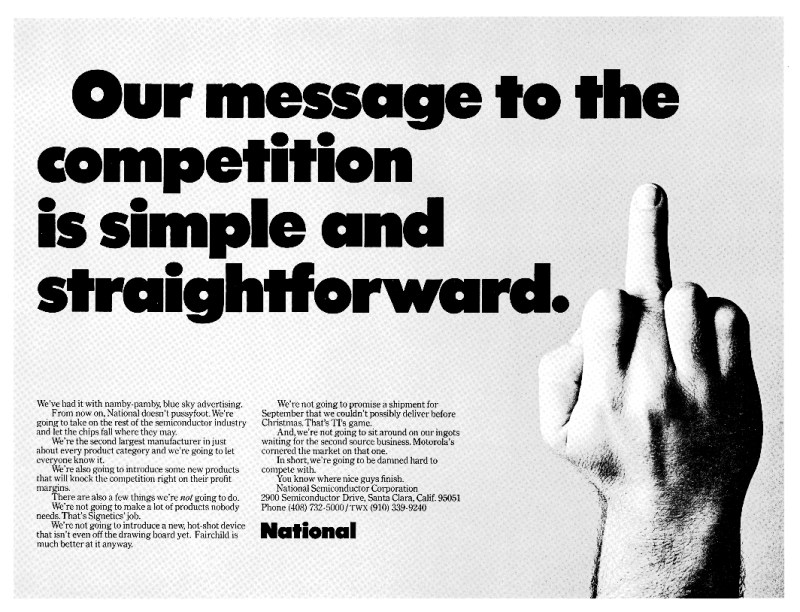 Still, he always remained a troublemaker, free thinker, and an HR nightmare… closer in spirit to someone like Hemingway than a fellow “professional” engineer. Such attitude was contagious and it inspired a whole new wave of “prankster” analog geniuses like Bob Pease and Jim Williams. Widlar’s pranks are too many to count and it’s really hard to pick one that captures the spirit of the times the best. Maybe it’s when Widlar brought sheep to the front of National as a reaction to the firm not mowing the lawns due to cost-cutting (he really just needed an excuse to annoy the upper management). Or when he cherry-bombed the intercom speaker, again, just to upset one of National’s Vice Presidents. Some of the pranks were actual hardware, like a “hassler” circuit he built to detect audio, convert it to a very high audio frequency and play back the converted sound. The net effect of such a design was that the louder someone talked in the office, the more annoying the “ringing” effect caused by the feedback was. As a person would stop shouting to hear what’s causing the ringing, the effect would disappear as well. This way, he managed to get everyone in the office into speaking quietly, Pavlov-style. 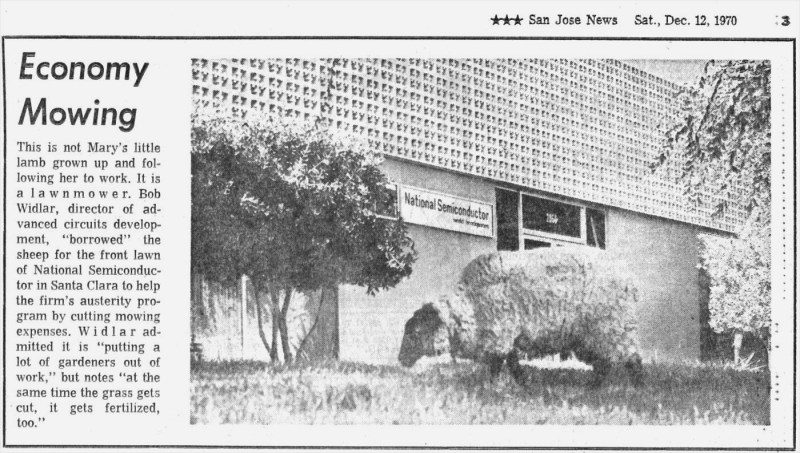 Widlar passed away in 1991 but his legacy lives on. He truly was the original hardware hacker and more than just an engineer – he was an Artist. It’s because of guys like him that Analog still has that special feel and is more about “invention” than just following the straightforward path between A and B. And that is why Analog guys still greet everyone else with a “Widlar Salute”. 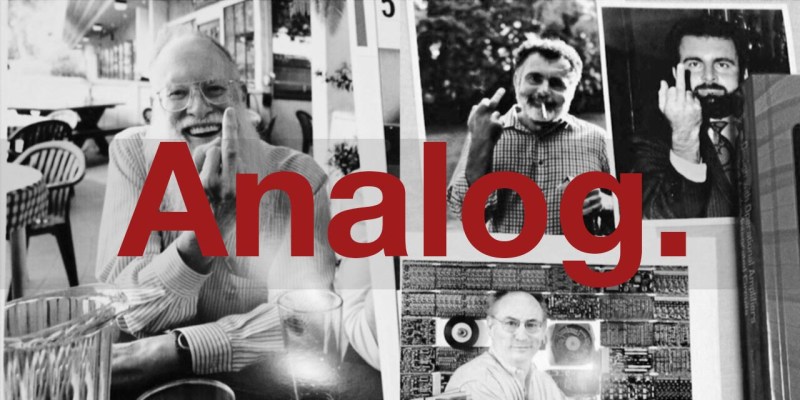 Now, when I have finished my inspection, and I am still mad as hell because I have wasted a lot of time being fooled by a bad component – what do I do? I usually WIDLARIZE it, and it makes me feel a lot better. How do you WIDLARIZE something? You take it over to the anvil part of the vice, and you beat on it with a hammer, until it is all crunched down to tiny little pieces, so small that you don’t even have to sweep it off the floor. It makes you feel better. And you know that that component will never vex you again. That’s not a joke, because sometimes if you have a bad pot or a bad capacitor, and you just set it aside, a few months later you find it slipped back into your new circuit and is wasting your time again. When you WIDLARIZE something, that is not going to happen. And the late Bob Widlar is the guy who showed me how to do it.