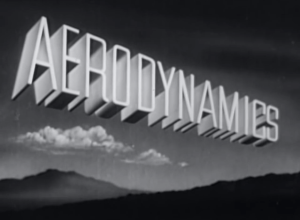 20 thoughts on “Retrotechtacular: Forces Acting On An Airfoil”