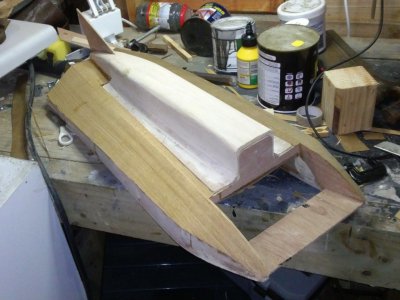 We start with [Ossum] and Airscrew Driven R/C Boat. Digging through the internet, [Ossum] found some old plans for a boat powered by an airplane engine and propeller. Intrigued by this airboat, he set about to build his own version. [Ossum] has never built a boat before, but he isn’t going to let that stop him! His design uses a front mounted tractor propeller to pull the boat rather than the rear motor pusher configuration commonly used by airboats. [Ossum] has the hull nearly complete, and his woodworking skills are really shining through. He used CAD to design a tab-lock frame. A CNC machine made quick work of cutting the wood. The rest of the process though, has been old-fashioned hand tools, and a lot of patience. 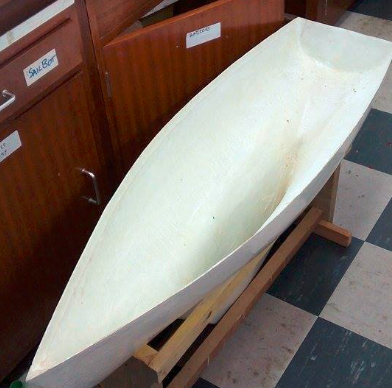 Next up is [Jordan Less’ard-Springett] with Autonomous Sailboat. [Jordan] is building a 1.2 meter sailboat capable of extended autonomous trips on the open water. His ultimate goal is to compete in the Microtransat Challenge, a race across the Atlantic Ocean. [Jordan] is using a MaxiMOOP hull design, which should be able to handle the large ocean swells. Crossing the ocean is a difficult prospect. Boat smashing waves and sail tearing winds compete to destroy a boat. The electronics must be completely watertight, as even a small amount of salt water will destroy circuit boards over a 3 month ocean crossing. [Jordan] has the basic hull complete, and is now working on the rudder. We haven’t heard from him in a few months though, so if you see [Jordan] tell him to stop by and give us a progress update on the autonomous sailboat! 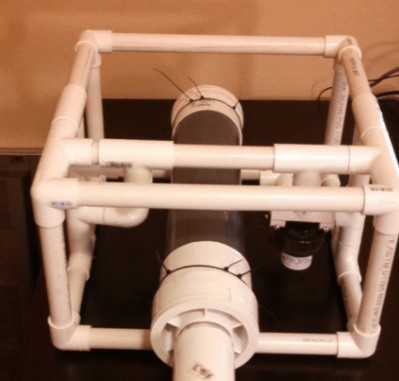 [cjh] created ArduSub as their entry in the 2014 Hackaday Prize. ArduSub is an autonomous underwater vehicle. The idea is to create a sensor platform which can take measurements of the local environment, including PH, dissolved oxygen (DO), oxidation reduction potential (ORP), salinity, and temperature. These measurements, along with the GPS coordinates are important for marine biologists and other ocean researchers. ArduSub’s hull is built from common PVC pipe, which is easy to work with and quite strong. [cjh] is using an Atmel ATxmega128D3 as their main processor. Each sensor module also contains an ATxmega8E5 of its own. The various modules communicate via an RS-485 serial network. Data is sent back to dry land via HF band ham radio transmitters. 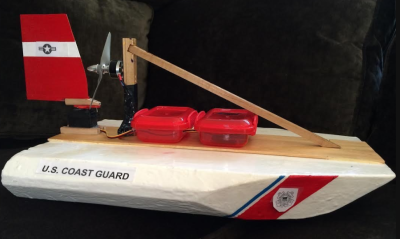 Finally we have [CompuCat] with DIY Airboat and Controller. [CompuCat] kept things simple with the hull design of this airboat. They used a block of styrofoam as a base, carving away the foam into the desired shape. The foam was then covered with liquid plastic to give it a strong shell. This is a simpler alternative to fiberglass and carbon fiber composite techniques. [CompuCat] didn’t use off the shelf R/C electronics for this boat. An XBee running at 9600 bps sends commands from a custom controller to the boat. The airboat’s processor is an Atmel ATmega328p on a board built just for this project.

If projects like this are what floats your boat, check out our brand new waterborne project list! If I missed your project, don’t hesitate to drop me a message on Hackaday.io. That’s it for this week’s Hacklet. As always, see you next week. Same hack time, same hack channel, bringing you the best of Hackaday.io!