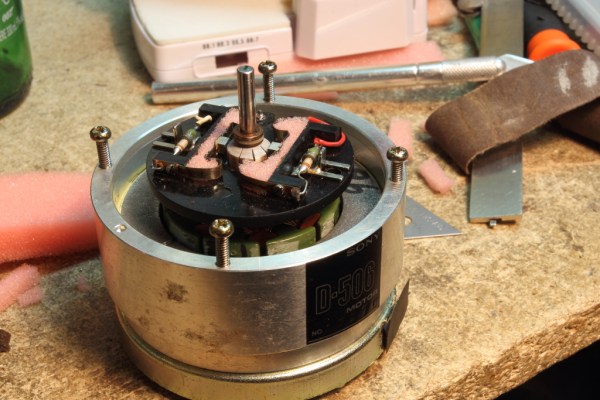 Nearly fifty years back, Sony launched the DVC-2400, their first consumer grade video camera. This unit weighed in at 10 pounds, and recorded only 20 minutes of footage per reel. It left something to be desired for $1250, or nearly $9000 in today’s dollars.

[NeXT] got his hands on one of these camera kits, and began bringing it back to life. While all the pieces were included, the Video Tape Recorder (VTR), which is used to play back the footage, didn’t power up. A little poking found a dead transistor. After determining a modern replacement part, the voltages checked out. However, the drum still wasn’t spinning.

Further disassembly found that the drum’s DC motor was made on the cheap, using a foam instead of springs to apply pressure on the brushes. This foam had worn out and lost its springy qualities, so no electrical contact was made. New foam was cut out as a replacement. Once reassembled, the drum spun successfully. After some adjustment, the VTR was running at the correct speed once again.

With this working, the VTR should be ready to go. However, camera still isn’t working, so we’re awaiting a part 2. 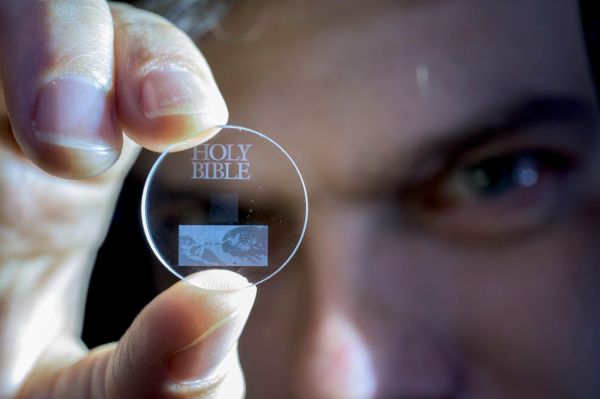 There’s a small subset of hackers out there concerned with the end of the world. What if our entire existence vanished? How would an alien race learn not to do what we did, what resulted in our demise? We’ve all heard of laser etching metal disks with the Bible, accounts of history, and even just names — pretty sure we’ve sent quite a few into space. But researchers at the University of Southampton’s Optical Research Center have come up with an even superior storage method. They call it the 5D Disc.

According to the researchers, each disc could hold a theoretical 360TB. They can withstand temperatures of up to 1000C, and it’s believe that they could last up to 13.8 billion years at room temperature without degrading — if that’s true, our sun would be long dead before the disc degraded! END_OF_DOCUMENT_TOKEN_TO_BE_REPLACED