If you think about it, a transformer is really just a generator (the secondary) with the shaft replaced by a moving magnetic field (the primary). However, with a dynamotor, you can use a DC motor to spin the input. With a transformer, you must have AC input because that’s what moves the magnetic field. Note you don’t have to have a sine wave, necessarily, just current that switches polarity fast enough to drive the primary.

So how do you get the DC in a car radio into AC? There’s a clue in another part of the car: the blinkers used to flash the lights. Today, you’d probably do the blinking with some electronics, but old cars didn’t have a lot of electronics. What they did have was a special kind of device. When you apply current to the device, it would heat up a bimetallic strip. The strip would slowly move and break the current flow. This would cool the strip down which would resume its original position and start the current flowing again.

If you wanted things to go faster, you could do the same trick with a relay. Have the relay coil take current through a normally closed contact. When you energize the coil, the contact opens and breaks the current flow. The contacts then close and the process repeats. 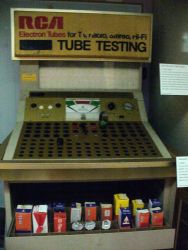 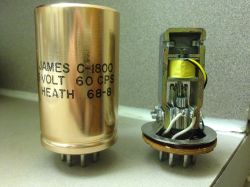 Vibrators are long gone except in vintage gear. Transistor power inverters became practical and edged them out. Today, you would be more likely to use a switching mode power supply to get the same effect. The principles aren’t that different, but the conversion of DC to AC is electronic and the control is more precise.

If you want to see more about vibrators–including schematics–check out the video below.