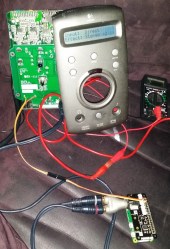 A custom C++ daemon controls the volume, and a Python extension for Mopidy keeps the volume synched up. It’s set up to turn off after ten seconds of silence, but to turn it on, all [Kammen] has to do is hit play on his phone’s Mopidy app and enjoy.

The Raspberry Pi Zero lends itself to many impressive music streaming hacks, but there are other — more unconventional — methods to streaming your music at home.