I’m a tool person. No matter how hard I try, I eventually end up with a bunch of tools that I just can’t bear to banish from my workshop. Why? I’m gonna keep it 100%: it’s the same emotion behind hoarding — fearing that you might need a thing later and not be able to have it.

The stuff costs money, and if you have to script to buy a bunch of tools pertaining to Project X, you expect to still have and probably need those very same tools — even if they have to sit in a box on my shelf for 20 years, taunting me every time I have to move it to one side.  “Heat-bending element” the box’s label describes at tool I haven’t used in at least 5 years. I have a bunch of these white elephants. I’ll probably need to heat-bend acrylic real soon… yeah.

I’ve found that pretty much everyone in our crowd can relate. You buy a special tool for one project and it was expensive and tremendously helpful, and since then it’s been sitting around uselessly. You certainly couldn’t part with it, what if you needed it again? So you store it in your house for 20 years, occasionally coming across it when looking for something else, but it never actually gets used.

Join me now in a walk down our memory lane of useless tools.

Tools That Are Too Nice 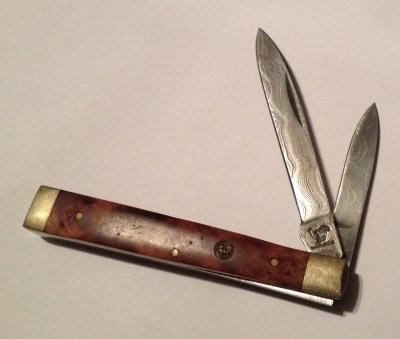 There’s a cliche about upholstered furniture too nice to sit on so your parents covered couch and armchair in plastic. I have the equivalent pocket knife. It’s an old-fashioned Italian pocket knife with a hardwood handle and Damascus steel blade. It is literally too nice to use for anything. I beat the hell out of my tools and would feel terrible if it was ruined. Because of this experience I will never buy anything that pretty again.

This isn’t the same as not liking a fine tool, but there’s a big difference between expensive-and-utilitarian and just plain posh. The fancy layered steel blade and the walnut or whatever handle and the brass hardware, it doesn’t make a better tool necessarily. I just want the damn thing to cut and to not break in doing so.

There’s a seductive thing in the way stores market tools, and everything else. The expensive, easy-on-the-eyes product exists to fill a specific need, but the target audience isn’t necessarily you. Earnest gift buyers often make the mistake of buying you something way wrong by assuming that the absurd model is automatically better than the next one down.

Keeping It In The Family 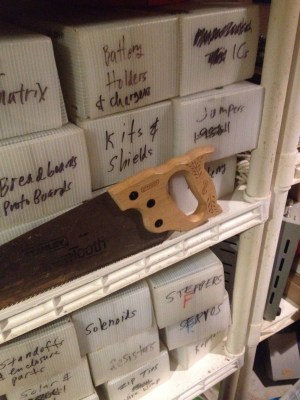 Inheritances are a great way to acquire hardware you can’t use or get rid of. My dad had a badass half-inch power drill with a brushed stainless steel case, and it was glorious and macho. I think my sister ended up with it. But by and large, when you end up with a relative’s tool, it often becomes a serious barnacle.

Nostalgia is a strong cause of tool hoarding. I acquired some relative’s beautiful steel L-square. I don’t use it very often and it doesn’t store readily. It’s the sort of thing designed to be tucked up in rafters, and I don’t have rafters in my basement. The thing’s sentimental value exceeds its utility. Plus it seems like everyone who does things around the house should have a framing square but that rule of thumb still never has me pulling it out for projects. Everyone has these kinds of tools — Grandpa’s drill press sitting in the corner covered in sawdust. Guilt should never become a motivating factor in what tools you keep.

I inherited a miter stand from my father-in-law, and at one point I actually needed it. I was cutting cedar shakes for my house, and this otherwise useless hunk of metal was actually useful. I think a lot of the time we’re trying to recapture that glimmering of synergy and that’s why we cling to stuff we no longer need.

The Complete Kit of Uselessness 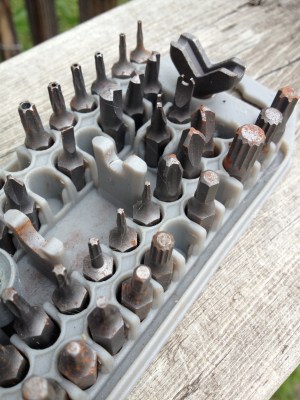 Did you ever buy one of those million-piece security bit sets? Everything’s in one kit… and at least three-quarters of it are never used. I keep mine on hand forever because I might need it — the complete set of Tri-Wing security bits, just waiting for that epic teardown that wouldn’t be possible without those bits. I bought the set dirt cheap and it’s starting to rust from the humidity.

Socket sets, if you’re not an auto mechanic, encroach on this territory but at least they usually come in a case of some sort. The opposite and equally risky end of the equation from the “one tool” you needed for that one project, is the complete set of bits, blades, whatevers, most of which you haven’t used but nevertheless take up real estate in the shop. As an added bonus, if your shop has moisture problems, you could find your tool has gotten rusty.

When you’re putting together your workshop it’s really nice to be able to say, I got that one taken care of. I have a complete set of Eklind hex wrenches, the one shaped like keys — Imperial and Metric, of course. I’m taking preventive measures against them getting scattered or damaged. I’m envisioning a wooden box that can hold them all in one location, with enough oomph that something can be piled on top, maybe even for years. They’ll come in handy any day now, I’m sure of it. 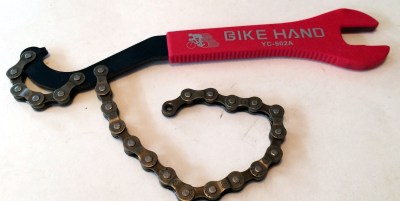 I swear I need a dedicated room for all the special tools I bought just for one project, and never used again. For instance, the bike tools like a pedal wrench, chain breaker, or crank arm remover that pretty much don’t have a use outside that specialty.

When venting a clothes dryer, the cheapest handheld duct crimper tool was a reasonable acquisition. That was years ago, and the tool is definitely somewhere on-hand but there has never been a reason to locate it again. The same goes for a metal-cutting jigsaw blade, and the all-in-one-bucket kit of tiling tools. The notched trowel, grout float, and sponge are dirt cheap and not hard to part with but you know they’re still around.

Compulsive organization via plastic tub seems to keep the heap at bay, but those tubs carry with them a special shame. I haven’t welded in years. I really need to play with that Pi. They almost taunt you with how they’re neglected.

What Are Your White Elephants?

Yes, I am a tool hoarder but I bet you are too. What tools do you keep bumping into but never get rid of? We want to hear your white elephant stories in the comments below.