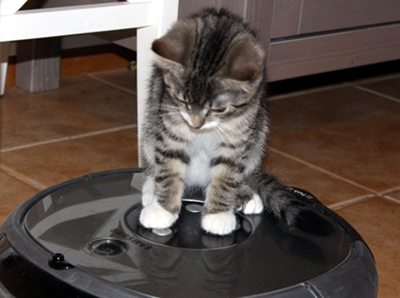 There’s a 3D printed bracket for the Pi case and the camera but unfortunately we didn’t see the design files for it. However, it is noted it is optional and it would be easy to modify a bracket off, say, Thingiverse, or use a different bracket meant for the same purpose.

MATLAB isn’t the first tool we’d think of for this sort of thing, but we are impressed that there is so much built-in capability to both control the robot and interface with the phone or mobile device. The code is simple enough that you can easily use this with students and other beginners, and have them make changes to it readily.

We talked about an earlier version of the iRobot Create when it was first out. Of course, you don’t have to buy a specific robot platform. You could just hack a regular robotic vacuum.

7 thoughts on “Bringing MATLAB To A Vacuum Near You”