Have you heard it said that everything in Linux is a file? That is largely true, and that’s why the ability to manipulate files is crucial to mastering Linux Fu.

One thing that makes a Linux filesystem so versatile is the ability for a file to be many places at once. It boils down to keeping the file in one place but using it in another. This is handy to keep disk access snappy, to modify a running system, or merely to keep things organized in a way that suits your needs.

There are several key features that lend to this versatility: links, bind mounts, and user space file systems immediately come to mind. Let’s take a look at how these work and how you’ll often see them used. 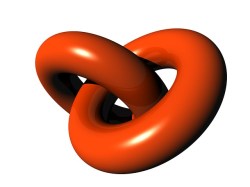 There are two kinds of links: hard and soft (or symbolic). Hard links only work on a single file system (that is, a single disk drive) and essentially makes an alias for an existing file:

If you issue this command, the file in /home/hackaday/foo (the original file) and the file /tmp/bar will be identical. Not copies. If you change one, the other will change too. That makes sense because there is only one copy of the data. You simply have two identical directory entries. Note the order of the arguments is just like a copy command. the File foo is the original file and the new link you’re creating is called bar.

These are not super useful because they do require the files to be on the same file system. They can also be hard to maintain since it is not always obvious what’s going on internally. Using the -l option (that’s a lower case ‘L’) on an ls command shows the number of links to a particular file. Usually, this is one, although directories will have more because each .. reference from a subdirectory will count as a link as well as the actual entry (.) and the entry in the parent directory. If you want to find all the hard links that are the same, you’ll need to search the file system (use find and check out the -samefile option).

Symbolic links are much more useful since they can span file systems. Essentially, a symbolic link or symlink is just a file that contains the name of another file. The file system knows that when you work with that file, you really mean the referenced file. The command to create is the same, with a single option added:

A complete directory list shows symbolic links very clearly. There are a few things you have to watch for. First, you can create circular links even though the tools try to detect that and prevent it. In other words, fileA might refer to fileB which refers to fileC that refers back to fileA. Linux will eventually stop after a certain number of indirections to prevent this from taking out the computer.

Another issue is that the target file might not exist. This could happen, for example, when you delete the original file. Finding all the symlinks requires a search of the file system, just like hard links, so it is not easy to find these broken links.

Many Linux file systems support the idea of bind mounting. This lets you mount a directory somewhere else on the file system. This is similar to doing a symlink to a directory, but the specifics are a little different. For one thing, the mount is transient whereas a symlink is as permanent as the file system it resides in. For another, a mount point can replace an existing directory without destroying it (including becoming a new root directory with the chroot command).

In fact, chroot is probably the most frequent use of bind mounts. You want to prepare a new root directory for a system — possibly a remote system — and you are still booted on the old root. An easy way to fake things is to bind mount “special” file systems like /dev and /proc into the new root and then chroot to run things like grub.

For Linux, you normally create a bind mount using the mount command:

This command replicates /dev into the bootimage directory.

BSD offers a nullfs that can accomplish the same thing. There’s also a user file system called bindfs that does a similar task.

In addition to building fake root file systems, you can also use a bind mount to reveal directories that are hidden behind a regular mount. For example, suppose you wanted to create a RAM drive for your /tmp directory:

Anything that had been in /tmp is now hidden. However, consider this command:

Now /oldtmp will have the contents of /tmp before the RAM drive mount.

If you want a refresher on mounting in general, check out the video below. It talks about regular mounts and loop mounts (used to mount a file — like an ISO file — instead of a device).

Historically, adding a file system meant writing kernel code (usually a kernel module). However, using Filesystem in User Space — known as FUSE — anyone can write code that looks like a file system. In fact, if you want to build a sandbox without directly using bind mounts, check out sandboxfs.

There are lots of user file systems to handle a variety of tasks. Some do special things with files like mounting an archive as a directory. Others expose other kinds of data as files (for example, blog posts on a remote web site). There are file systems that can tag real files, convert file types on the fly, or even delete old files when space runs out. I find sshfs particularly useful since it can mount a remote directory with no special software on the remote side.

Writing your own FUSE module is fairly simple. There are several good tutorials out there. If you use C++, you can get away with a pretty simple implementation. If you are interested in seeing how it would work using Python, check out the video below.

In traditional Unix-based systems, everything was a file. For better or worse, that philosophy isn’t as pervasive as it used to be. Still, files and file-like things continue to be a big part of Linux and knowing how to manipulate links, mount directories, and use FUSE file systems can be a big help in administering and setting up any Linux-based system from a PC to a Raspberry Pi.