Kid In A Candy Store Syndrome 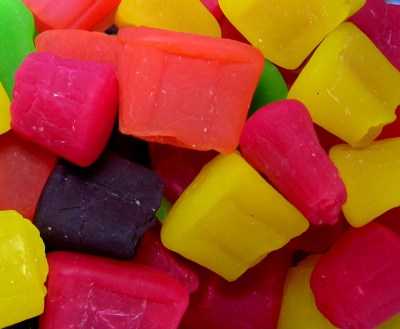 I have a friend who is a very hard worker and capable of taking on any challenge he chooses. A while back he fell into a pattern. He’d start a project, then another, and another. Anything was fair game. But with a limited amount of time per day, nothing was getting finished. Instead, smaller and smaller amounts of time were available for each project. To take on another, he had to first drop one.

Talking to him about it one day, I realized he was like a kid in a candy store. The kid sees one tempting treat and grabs it, then another. Pretty soon his hands are full and taking one more only causes him to drop another.

It doesn’t help that the selection of tasties is endless. Until the kid realizes his problem he’d never leave the store. Which is the same as saying that my friend would keep dropping projects to take on more, never finishing any.

Doing Only The Interesting Parts

Our eyes are naturally drawn to the project that has something interesting in it. The BB-8 droid — that cute ball-shaped robot from Star Wars — is a perfect example. Its body is essentially a smooth ball which moves by rolling along, yet no matter which direction it rolls in, the head stays on. The instant I saw BB-8 rolling along at high speed in the first Star Wars: The Force Awakens trailer, I was hooked.

But let’s boil this down: I didn’t see a Star Wars droid. I saw a very interesting engineering challenge. How to make it roll? How to keep the head on? The answers were simple but making it work was not. It was a very tasty treat.

My BB-8 droid works well now and has delighted many a youngster and adult alike at a variety of events. But it remains unfinished. I’ve yet to add sound effects or to make it move faster which is just a boring power issue easily solved with money. The interesting parts are all done and I’ve moved on. Maybe I’ll get back to it when some time opens up in this endless candy store.

The point is that I learned a lot of mechanical engineering concepts, and I saw success in the process. My personal growth there is done, even if the actual project isn’t.

The Dreaded Ones That Get Away

Occasionally (and I hope rarely) a project just doesn’t work. It looked like a good idea but it turned out to be intractable or impossible at the time.

One such crazy idea of mine was to make something like the multi-legged, hologram projecting robot in the scene shown here from Star Wars – The Phantom Menace. I’d have a projector in the robot projecting upward to a tall, slightly tilted transparent screen. An onlooker would see the image appear in front of whatever was behind it, just like a so-called pyramid hologram, what’s really the Pepper’s ghost effect.

However, for the image to appear normal on the tall screen, the image from the projector would have to be distorted, an anamorphic projection. After some experimentation, I found that the bottom of the image would have a decent resolution but pixels near the top would too large and smeared, making the image indecipherable there. So I dropped the project. Realizing there’s an insurmountable technical hurdle before you’ve past the tipping point on a project is a lesson everyone learns to hard way so look out for it in your own work.

As for my unfinished sister’s wine glass rack, I ceased work on it when I realized my woodworking skills weren’t up to making one nice enough to display in her elegantly decorated dining room.

In both of these examples, making a calculated decision to cut your losses is key to productivity in other things. It was a wise investment to spend a lot of time learning during the BB-8 build because my skills were progressing. With fine woodworking, the learning curve was far too shallow — it would take me forever to become a master carpenter. If I need fine woodworking in the future I know I need to find a collaborator to take on that task.

Getting Lost on a Tangent 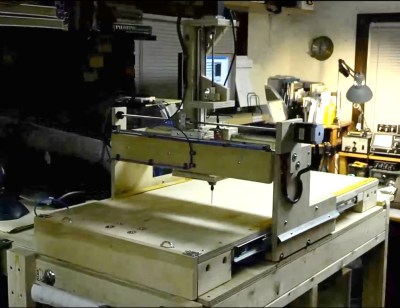 Have you ever gotten distracted with projects that were started in support of other projects? Good examples of this are making your own CNC machine, laser cutter, or 3D printer before using them to build the “real” project.

To make matters worse, you might start with a small one first, then make a bigger one. And of course, along the way you realize it can be improved upon: the CNC machine’s x and y-axes can be made smoother, the laser cutter’s laser needs to be more powerful requiring a different support mechanism, or you come up with a way to make the 3D printer’s structure sturdier. There’s always one more improvement which we can make.

The “real” project is delayed because the effort to make the tool takes up all available time and resources. But who are we kidding? Often the tool was what we really wanted to make in the first place. There’s nothing wrong with this, as long as you take a step back when taking on new builds and decide if this project fits your goals, time, and resources. As with my woodworking, should you take on a tool-building project or just outsource a bit of fabrication and get back to the project you really want to focus on?

How To Set Yourself Up for Finishing Projects

For many projects, I will simply say “I don’t do pretty”. These are the ones where I’m proving a concept or learning a skill, a polished appearance as if the thing would fit in on a store shelf just doesn’t matter. But at times, a project really does need to reach a pre-defined stage of completeness. Here are some suggestions for making sure it’ll get there.

Do the less interesting, easier stuff first. For my BB-8 droid, this means first installing the LEDs and painting the ball and head. Only after finished this cosmetic stuff which I don’t find very interesting would I move on to the more interesting engineering challenges. That way, after the challenges have been met, the droid is finished. But I didn’t do it in that order, and BB-8 almost didn’t get a coat of paint. Instead, the next trick made that happen.

Leave the project on the workbench. The saying, “out of sight is out of mind” rings true. If you need to finish something, give it the bulk of your work area and it’ll hound you to finish it.

Use wise strategies to overcome pain points. If the project is stalled due to something difficult, there are many tricks to help find the solution:

It’s Okay To Walk Away 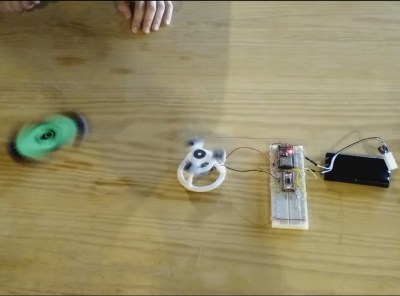 In the end, if the project matters only to you then it’s okay to leave it at whatever stage you want to. Setting too high an expectation for yourself of completing every project chains you up and may even prevent you from taking them on. Don’t fall into that trap!

There are good reasons for doing projects which you don’t finish:

What are your own reasons for not finishing projects? What tricks do you have for getting them done? Let us know in the comment below.

Speaking of comments, Hackaday comment threads often lead to new articles. (Thank you!) This article was inspired by a thread begun by [Doug Leppard] under this article about an in-between project done by [James Bruton] while waiting for parts. [Doug’s] thread was spawned when he commented that his in-between projects sometimes don’t get completed. Clearly, we could all identify in some way. On reading that thread I added the article idea to my todo list. Consider this article a finished project.