Here’s how optical tweezers work. The laser light passes through an objective lens while the lens focuses the light at a point inside the particle to be held. Explanations for what happens next depends on the particle’s diameter.

If the diameter is significantly greater than the light’s wavelength then ray optics can be used to explain how it works. Due to refraction, the light changes direction as it passes from the surrounding medium, water for example, into the particle and vice versa. Light carries momentum and the change in direction implies a change in the momentum of the light. This change in momentum produces a net force on the particle which moves it toward the focal point.

However, in both cases there is also the force of the light on the particle itself to be considered, called a scattering force. Photons have momentum and as photons impact the particle, they impart some of that momentum to it. This causes the center of the particle to be slightly ahead of the focal point.

The result is something resembling the tractor beams of science fiction but on a much smaller scale.

Arthur Ashkin: The Man Behind The Tweezers

Arthur Ashkin, born 1922, received a B.S. degree in physics from Columbia University and his Ph.D. from Cornell. During World War II he worked on magnetrons for U.S. military radar systems and met Hans Bethe and Richard Feynman through his brother, Julius, who worked on the Manhattan Project.

In 1952, he went to work for Bell Labs where he remained, retiring in 1992. There he worked in the area of microwaves until 1961, when he switched to laser research.

That radiation could apply pressure was shown experimentally in the early 1900s but the effect was weak. Lasers, however, allowed for more powerful effects and in 1970, Ashkin showed that laser light focused into a narrow beam could produce scattering forces which moved small dielectric particles in both air and water. He also showed that particles could be drawn transversely to the center of the beam due to surrounding intensity gradients. These discoveries led to his using two opposing beams to trap particles and then a single-beam effect wherein the force of the beam on the particle was countered by the force of gravity. Finally, in 1986 he demonstrated the all-optical single-beam trap now known as the optical tweezer.

Within a few years of their invention, Ashkin and other researchers had used optical tweezers to trap and manipulate neutral atoms, viruses, bacteria, yeast cells, human red blood cells, and more. They’ve been used for biological research extensively since.

One method for manipulating molecules is to attach a micron-sized polystyrene or silica bead to the molecules and manipulate the easily trapped bead. A good sample application of this is for understanding the kinetics and mechanics of molecular motors, motors which convert chemical energy into linear or rotational motion. The protein kinesin, for example, uses these motors to move along microtubule filaments within cells to transport cellular cargo. By attaching a bead to kinesin, its step size and the force it produces can be measured. 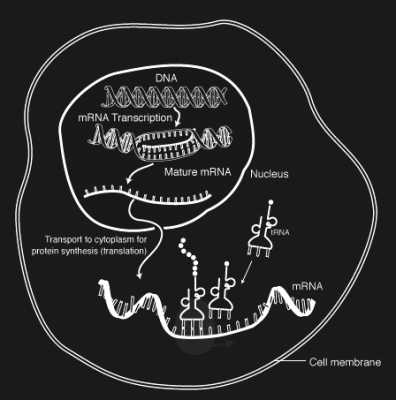 At times, dual traps are used for holding on to opposite ends of a protein or DNA molecule. Early tests of DNA included measuring elasticity and relaxation and inducing sharp forces to transition to an extended form of DNA.

Resolution has improved such that single-step movement of the motor RNA polymerase along DNA base pairs can be followed. Motor RNA polymerase copies DNA into mRNA as one step in producing proteins within cells. Further processing of the mRNA by ribosomes has also been followed using optical tweezers.

It’s for the invention of the optical tweezers and their application to the study of biological systems which Arthur Ashkin received the 2018 Nobel Prize in Physics.

That prize was shared with Gérard Mourou and Donna Strickland for coming up with a method to generate ultra-short optical pulses using lasers but at high intensity in 1985. The technique is called chirped pulse amplification (CPA). Prior to this, it was possible to relatively inexpensively produce ultra-short pulses but increasing their intensity was hampered by the fact that doing so damaged the amplifier and optical components. Getting around this problem involved using a large beam diameter but this increased cost and meant firing only a few shots per day in order to give the amplifier time to cool down.

The solution which Mourou and Strickland came up with, and which is shown in the diagram, was to first stretch the short pulse in time several orders of magnitude. This then allowed for amplification without damaging the amplifier. The wide, amplified pulse was then compressed again to its original duration, giving it a higher intensity in the terawatts.

Strickland And Mourou: The Laser Jock And The Teacher

Donna Strickland is the first female Nobel Physics laureate since Maria Goeppert-Mayer became one in 1963 and the only other was Marie Curie in 1903.

Strickland would fit right in here with Hackaday readers. While attending McMaster University in Canada, she and her fellow grad students referred to themselves as “laser jocks”. She feels this is because they were good with their hands.

As an experimentalist you need to understand the physics but you
also need to be able to actually make something work, and the lasers were very finicky in those days.

After graduating, she moved to the US to get her Ph.D. at the University of Rochester.

Gérard Mourou is a French scientist having received his Ph.D. from Pierre and Marie Curie University in Paris in 1973. It was in 1977 that he became a Professor at the University of Rochester where he met Strickland.

The inspiration for CPA came from the long radio waves of radar, but it took a few years for the two of them to make work with light. At the time, they stretched the light by passing it through a long fiber-optic cable. At one time when working with a 2.5 km (1.55 mile) cable, no light came out the other end. There was a break in the cable somewhere. They settled for 1.4 km (0.86 miles) instead. By 1985, they got it to work and published their paper. Over the next few years, the fiber was replaced with a pair of diffraction gratings and the amplification was increased from nanojoules to joules.

CPA has found a number of uses, including probing the activities of electrons. This is made possible by sufficiently powerful femtosecond and attosecond lasers.

One development still in progress but which will have medical application someday is laser plasma acceleration, something which is currently the domain of radio frequency (RF) accelerators. It works by injecting electrons into a plasma channel and using a laser to accelerate them down the channel. Recently a petawatt-class laser at Lawrence Berkeley National Laboratory accelerated electrons to 4.2 GeV in a distance of just 9 cm.

But the application in which CPA has had the biggest effect is in laser eye surgery, of which millions are performed every year. The very brief cuts minimize damage due to heating and of course, the extreme precision is also of benefit.

According to Alfred Nobel’s will in which he initiated the foundation of the prize, it was to reward those who serve humanity. And so while we can talk whimsically about how this year’s winners produced inventions which have made science fiction a reality, they were selected for the applications in which those inventions have found use. For our intricate understanding of the astonishing workings within cells and for the millions who can now see better, we think this year’s prize was well won.