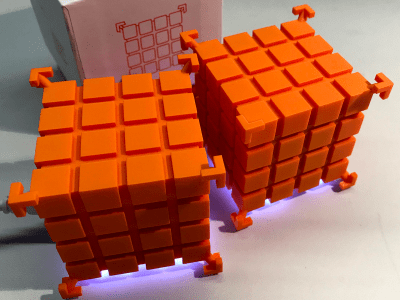 But let’s jump ahead to the Cube, because that’s even more of a passion project. On the outside, they’re very simple devices, with only a USB port and a sweet diffused LED ring visible. Aesthetic? Minimalistic? Beautiful, honestly.

Voja lived through some of the admittedly darkest times of mid-80s Yugoslavia, when speaking your mind could end you up in jail or worse. And he’s a little bit subversive, by nature or necessity. The Cube doesn’t tell you what it is, but it’s an encryption and decryption tool, enabling one-time-pad style unbreakable encryption between people who have linked their cubes together and traded key material.

The key material is generated within the cube itself, as well. There’s a transistor-breakdown white noise circuit inside, producing a constant stream of quantum-mechanics-based true random numbers. Yes, he added a 5 V to 17 V boost converter to the project just to get good random numbers. Voja doesn’t fool around; he used to work for a casino gaming equipment manufacturer, where randomness really counts. 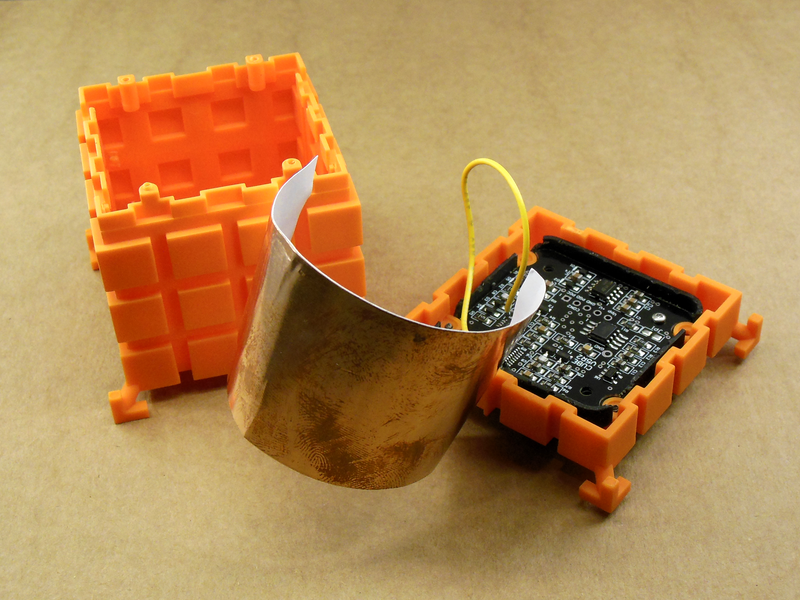 Communication between the two cubes is nearly perfectly secret as well. Indeed, this is perhaps the coolest trick that the Cube pulls off. There’s a loop of copper foil around the inside, and two cubes couple with each other capacitively rather than using radio or light or any other eavesdroppable transmission method. You have to be right up next to a pair of communicating Cubes, with an EM probe, to listen in.

The rest is very simple, open firmware. (And an accelerometer, for fun or additional random key material.) You can verify yourself that it does what it says. And that means, if you’re serious about secret communications, that the only place for an adversary to get at you is the computer that you tether the Cube to. And that’s Voja’s last trick. The Supercon badge is itself a free-standing small computer with easily audited firmware, and extremely straightforward hardware. Connecting it to the Cube would provide a complete, and completely unbreakable, encrypted channel between two people who synced their Cubes. Suitable for even the most paranoid, whether you’ve got reason to be or not.

The downsides of the Cube as a practical encrypted communication channel? It doesn’t have much key material, so your messages had better be short, and the XOR algorithm is poisonous if you re-use the key material. And it’s completely compromised if an adversary gets its hands on your Cube and asks it for the random data.

Housed inside of an orange-injection molded 3D version of the Supplyframe logo, this was one of Hackaday’s parent company’s giveaways in the Supercon swag bags. For those of us fortunate enough not to need spy-grade encryption, it’s a fun secret decoder ring and a brilliant piece of design. But at the same time, if you absolutely needed to get a shortish message through under the worst of all possible scenarios, you’ll be wishing that you’d paired up your Cube at the Supercon!