The Atomic Pi is a pretty impressive piece of kit for the price, but it’s not exactly a turn-key kind of product. Even to a greater extent than what you might normally expect with a “dev” board like this, the user is responsible for putting together the rest of the pieces required to actually utilize it. But with this design by [Renri Nakano], you can turn the Atomic Pi into something that’s dangerously close to being a practical computer, and a trendy one at that. 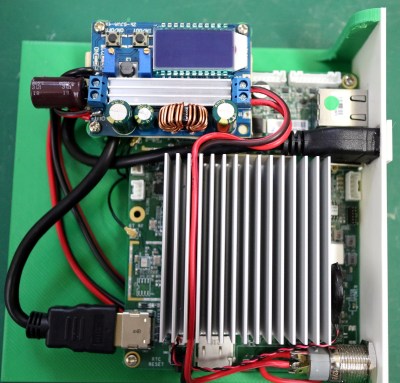 Inspired by the 2019 Apple Mac Pro “Cheese Grater”, this 3D printable enclosure for the Atomic Pi is equal parts form and function. It integrates the necessary power supply to get things up and running without the need for the official breakout board or power module, which is good, since at the time of this writing they don’t seem to be available anyway. Plus it has a cool looking power button, so that’s got to count for something.

There’s also an integrated USB hub to give the Atomic Pi a bit more expandability, and a short HDMI extension cable that puts a video port on the back of the case. [Renri] even thought to leave an opening so you could run the wires for your wireless antennas.

At this point, we’ve seen several projects that mimic the unique case design of the 2019 Mac Pro. The level commitment ranges from recreating the design in CAD and milling it out of aluminum to just sticking a Raspberry Pi inside of a literal cheese grater from the kitchen. Naturally we enjoy a well executed Internet meme as much as the next hacker, but all the same, we were glad to see [Renri] put in the effort to make sure this case was more than just a pretty face.

[Thanks to baldpower for the tip.]

6 thoughts on “Atomic Pi Gets A 3D-Printed Mac Makeover”