During the late 1980s, a gaming scene emerged in East Germany just before the fall of communism. Teenagers gathered in buildings like the “House of Young Talents” (HdjT), originally Palais Podewils, to watch and play Commodore 64 games. There were 20 similar clubs in Berlin alone, sometimes with more than 70 people crowded into a single room. Above all, the computers they were in possession of were all made in the West.

At a point in time when loyalties were frequently questioned, the club of self-proclaimed “freaks” soon attracted the attention of the Stasi, GDR (East Germany) intelligence agents who kept close tabs on the group. As one Stasi agent warned: 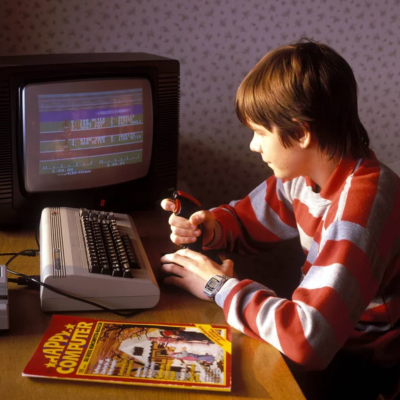 Domestically produced computers – the KC 85 from VEB Mikroelektronik Wilhelm Pieck Mühlhausen and the KC 87 from VEB Robotron – did not have the quality of C128 and C64s from Commodore. Surprisingly, even while microelectronics remained on the list of embargoed products imported to East Germany, C64s managed to make their way into the state. The GDR customs officials didn’t have any problem with Western imported hardware – what they were worried about was the software.

By the end of the 80s, modern data traffic over telephone lines had arrived in East Germany, causing fear that software would soon be disseminated without the need of a physical medium. For the gamers of GDR, however, many didn’t even have access to a phone line. They just wanted to go to computer clubs to swap software. Since computer games from the West were only available in government-run Intershop stores and not in normal shops, teenagers had to rely on the computer clubs to access these games. Games like Frogger and Rambo would be copied to cheaper cassette tapes – it wouldn’t even be violating the law since software was not protected by copyright within the country. 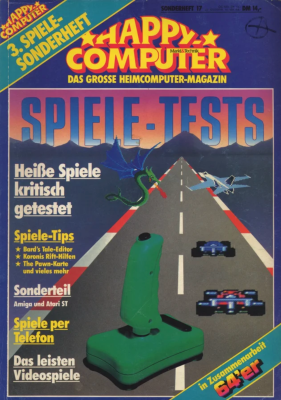 A few politically charged games – “Raid Over Moscow” and “Kremlin” – were forbidden to ensure that the HdjT wouldn’t be shut down. Towards the end of the GDR, the Stasi desperately tried to gain control of games “relating to the increasing activities of the political opponent”, but by this point the political situation was already heading towards the fall of the Wall. [Stefan Paubel], founder of the HdjT reflected that he was disappointed the Stasi didn’t try harder to report on the computer clubs.

They had everything critical in the reports: Swapping software, a complete list of all the games glorifying war and computers from the West.

It appeared that microelectronics were sacred to the GDR, since officials were trying to get more young people to engage with computers. The regime’s concern for their reputation led them to prioritize other forms of surveillance than technology. For a while after the fall of the Berlin Wall, the computer club continued to exist. It wasn’t until August 1990, two months before reunification, that the remaining members decided to dissolve the club.

[Thanks to Frank for the tip!]