This year’s Hackaday Prize focused on product development. From one good idea and a working prototype, entrants were encouraged to iterate on their UX, industrial design, ergonomics, software, and mechanical plans as they worked toward a product that is both manufacturable and meets the needs of the user it has been designed for. Out of twenty finalists, the top eleven are covered below. Over $200,000 in cash prizes have been distributed as part of this year’s initiative where thousands of hardware hackers, makers, and artists compete to build a better future. 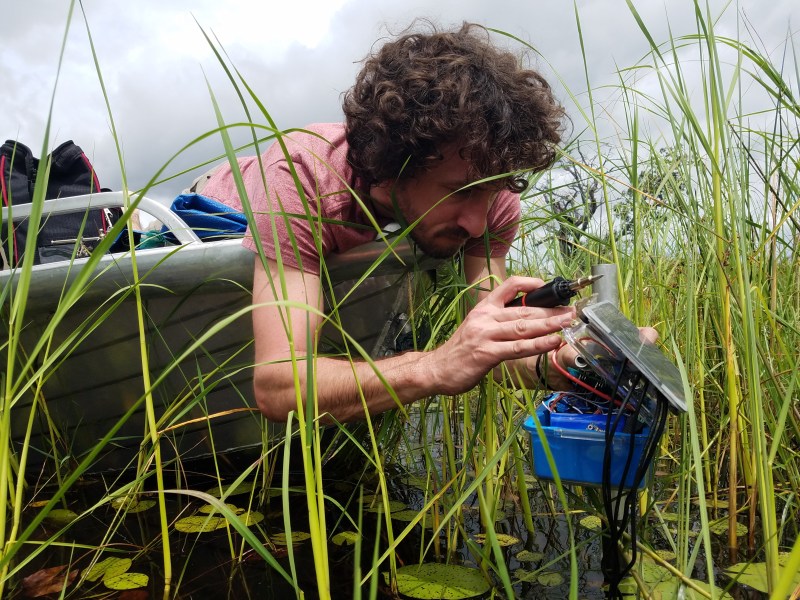 FieldKit is the Grand Prize winner of the 2019 Hackaday Prize. This versatile, ruggedized sensor suite is designed for research projects in difficult environments. By striking a balance between custom-designed sensors and off-the-shelf systems, FieldKit addresses issues of cost and availability by embracing a modular concept — both hardware and software — and making the designs open source. Named “Best Product”, FieldKit receives a $125,000 award for taking the top spot in this year’s Prize.

Conducting scientific research shouldn’t require that you also have a background in electrical and computer engineering. FieldKit has done extensive UX/UI testing so that the hardware is simple to set up using modules for your sensor and communication needs, along with a website, app, and export options that make collecting and utilizing the data an intuitive and frustration-free experience. As an open source project, researchers who design their own custom hardware modules are invited to also share those designs for the benefits of others. 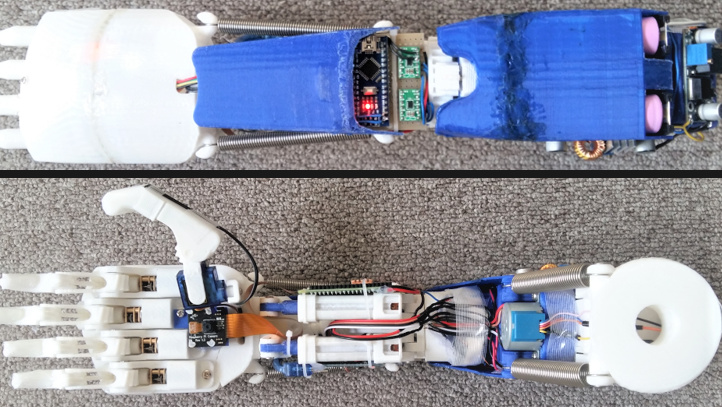 This prosthetic arm has a mind of its own, capable of assisting the user beyond rudimentary motion. By embedding a camera in the palm of the prosthesis, Computer Vision is used to identify objects and choose from the stored grip methods. When trying to grip a beverage can, the CV system will identify it and adjust the wrist angle to keep it aligned as the angle of the arm changes during the reaching movements. The hardware design is modular and other inputs include Electromyography and BCI. Recognized for Best Concept, this project is awarded a cash prize of $10,000. 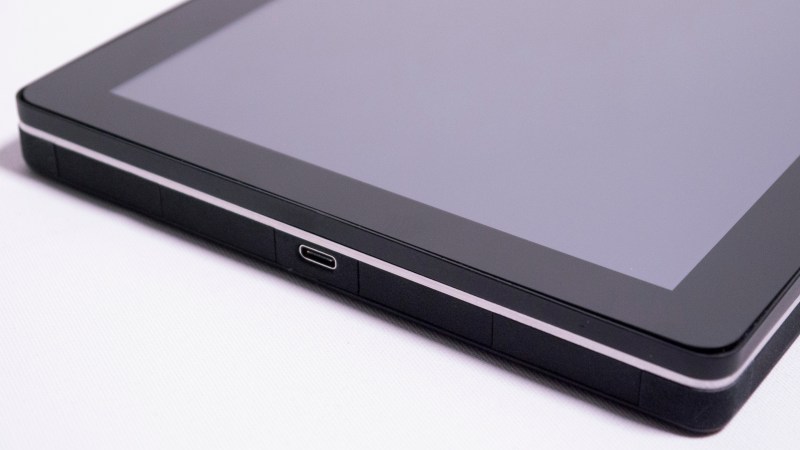 DLT One – A Damn Linux Tablet!

While some are still waiting for the age of the Linux desktop, this project moves past that and achieves an open design for a Linux-based tablet. Goals of the project focus on sidestepping the OS lock-in present in many consumer tablets, and delivering a hardware design that is both repairable and upgradable — traits currently absent in all consumer tablets. Recognized for Best Design, this project is awarded a cash prize of $10,000. 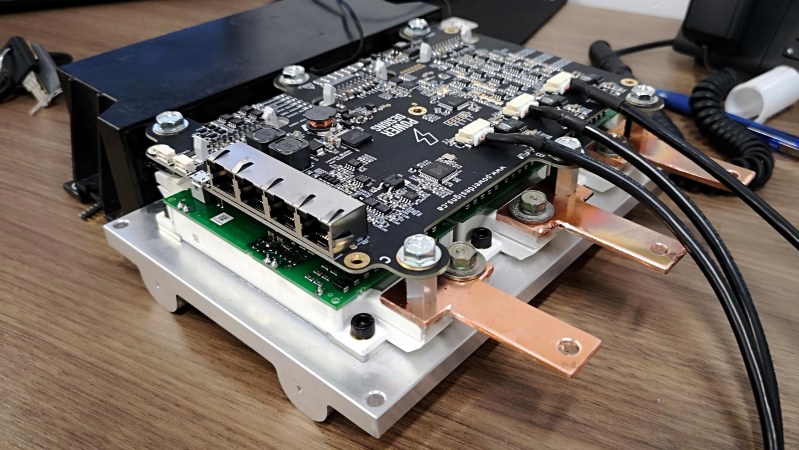 Jumping in to provide a non-proprietary option for high-power motor control, Axiom is capable of driving 100-kW-class 3-phase motors. Able to provide 300 A at 400 V, Axiom is a formidable open-source option for use in electric vehicles. The control of the hardware is assigned to an ice40 FPGA using an open source toolchain, making this truly one controller to rule them all. If the standard functionality doesn’t suit your needs, the flexibility of the FPGA can be plied to meet the specification you desire. Recognized for Best Production, this project is awarded a cash prize of $10,000. 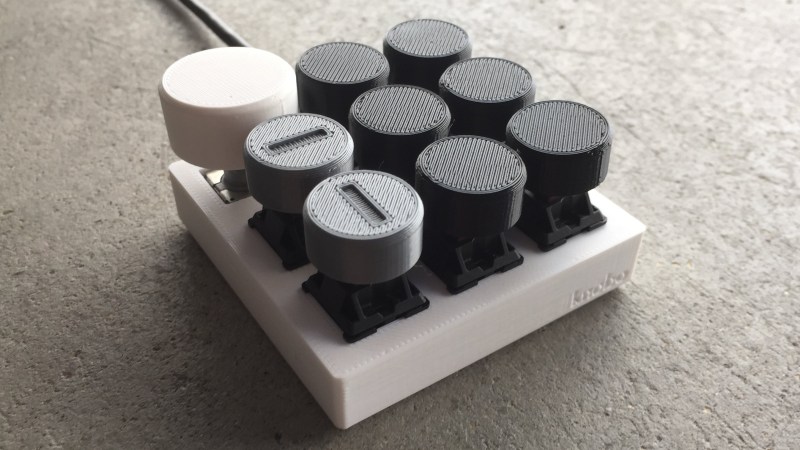 Knobo: A Keyboard for Learning Braille

For a visually impaired people the ability to read Braille can unlock better employment opportunities, higher incomes, and greater engagement in reading as a hobby. But learning Brille remains a tripping point throughout the world. Knobo is a USB Braille peripheral with a goal of increasing Braille literacy. Knobo uses the six bits of a Braille character to help practice learning the characterset to a point where they can then transition to a full Braille keyboard or other traditional Braille writer. Recognized for Best Benchmark, this project is awarded a cash prize of $10,000. 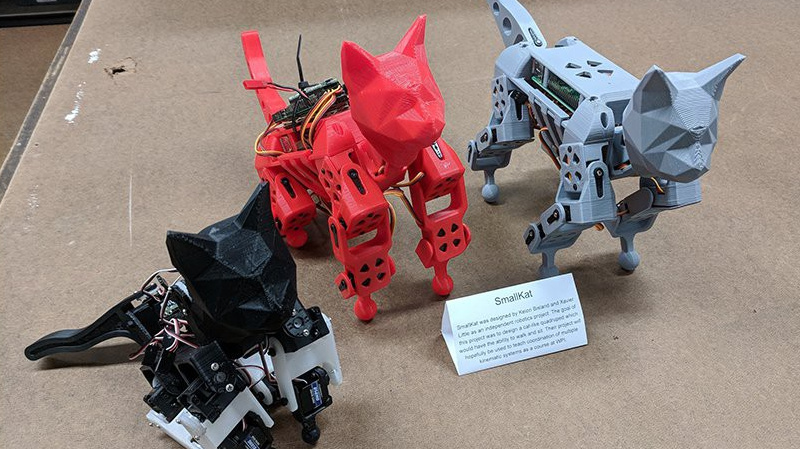 SmallKat is designed to get a platform for advanced robotics into the hands of people who will be developing the world’s next evolution of robots. This is a dynamic robotics platform that gathers feedback about its own motion and possesses the processing capabilities to correct for problems in real time. It’s the kind of thing that keeps a robot on its feet rather than in a pile on the floor and SmallKat lets students get their feet under them when it comes to building robots that can walk. Recognized for Best Communication, this project is awarded a cash prize of $10,000.

One project in each category of this year’s Hackaday Prize was also selected to receive an honorable mention. Each of these entries is awarded a $3,000 cash prize for their accomplishments.

Congratulations to all who entered the 2019 Hackaday Prize. As the manufacturing sectors of the world have begun to open up to individuals and small teams, you are building a roadmap to get from the prototyping workbench to the production line. This lets more people level up and gives their good ideas the chance to make a wider impact. Together, we can grow the engineering community and help one another Build Something that Matters.