Not Your Usual FDM Printer

As anyone who has used a 3D printer that can print PLA, ABS or uses UV-sensitive resin (SLA) can attest, it is hard to beat the cost picture of most parts which one can manufacture this way. From replacing a broken nylon cog in a servo to printing a custom enclosure for a new PCB, the process is faster and cheaper than getting it manufactured the traditional way, so long as one requires just a couple of the item at most.

This is where the aerospace industry, from NASA to space industry start-ups, have really warmed up to using additive manufacturing for prototyping and production. When it comes to rocket engines and the countless parts including turbo pumps and valves that make them work, 3D printing is perfect when each prototype engine is different, and a production run is a few hundred a year, as is the case for the Merlin 1D engine that powers the SpaceX Falcon 9 rocket. Start-ups like Relativity Space reckon that AM is going to be a game changer for the space industry.

Of course, at this point we aren’t talking any more about a $2,000 (or less) FDM printer printing out some PLA or ABS parts, or even one of those fancy SLA printers that can cost as much as a new car. In order to print aluminium and even titanium parts, one needs an SLM (Selective Laser Melting) printer, or a similar Direct Metal Laser Melting (DMLM) one. This is yet one step beyond SLS (Selective Laser Sintering) printers, which do bond the material (e.g. nylon, metal, ceramic or glass), but without melting it.

SLM can be pictured as SLA printing, except that the printing direction is reversed, with fresh metal powder being added on top of the part that is being printed so that the laser can then melt this powder and add another layer. This happens in a sealed chamber that is filled with an inert gas to prevent oxidation. As one may have guessed, the machines for SLM cost more on the order of an entire house.

For comparison purposes, the All3DP website lists how much the standard ‘Benchy’ model costs when printed with various metals:

Going from the thermal inferno that is a rocket engine to the relatively balmy — but possibly more irradiated — environment of a nuclear reactor is a logical leap for AM. While nuclear reactors benefit from economies of scale when they are built in quantity, the past decades have seen said economies practically vanish in nations that used to have a strong nuclear industry, such as the US.

When former nuclear giants like the US and France sought to get back into the game again with the EPR in the case of the latter, and AP1000 in the case of the former, it is found when the exact same plants are constructed in China (with a strong domestic nuclear industry), both the AP1000 (4 reactors) and EPR (2 reactors) ended up being connected to the grid years before the first reactors in the nations which designed them are scheduled to do so. Ironically, the US-produced coolant pumps in the AP1000 also repeatedly proved to be faulty.

In an effort to once again make the US nuclear industry competitive with nations like Canada, Russia and South Korea, the US Department of Energy tasked Oak Ridge National Laboratory (ORNL) to lead the Transformational Challenge Reactor (TCR) program. It aims to ‘demonstrate a revolutionary approach to deploying new nuclear power systems’. Essentially, the goal is to 3D print as much of a micro reactor as possible, as a demonstration of the possibilities that AM offers here.

Working Out the Details 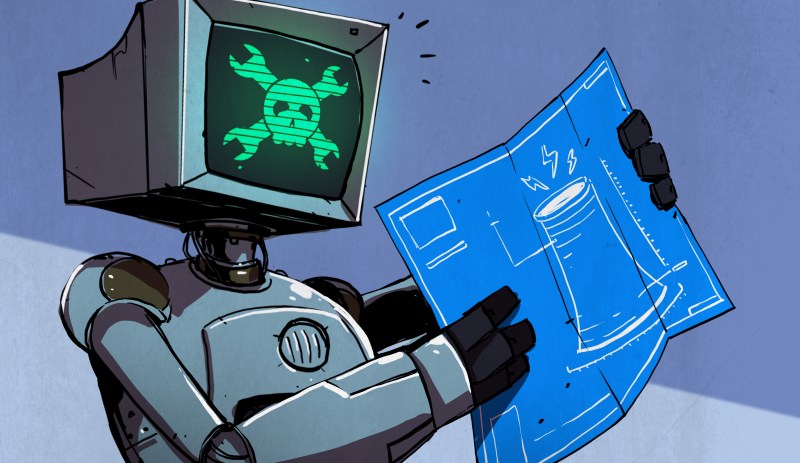 Together with Argonne National Laboratory (ANL) and Idaho National Laboratory (INL), ORNL is working out the many details that such a change in manufacturing brings, especially considering the strict demands for materials that are used in or on a nuclear reactor. Questions such as how AM affects the creep and fatigue properties of such materials, relative to traditionally manufactured parts. Some results of these studies by ANL are covered in a recent paper, which gives a good impression of the amount of work that goes into studying the viability of this approach.

ANL has previously published findings on SLM printing and the use of high-speed x-ray video footage to capture the finer details of what happens during this process. One major issue they found is that of induced airflow, which causes colder material to get sucked into the molten pool of metal. These spots of colder material end up causing flaws in the final product.

As covered in the TCR fact sheet and on the ORNL TCR site, the micro reactor would use TRISO (uranium nitride) fuel particles, an yttrium hydride neutron moderator and the 3D printed core, made from silicon carbide and stainless steel. The reactor would be helium-cooled, which would make it fairly unique, as most current reactor designs use either water, heavy water, or sodium for coolant..

As the TCR program is pretty new (2019 first publication), it’s hard to gauge the exact progress, or to get a solid feel for what one might expect from it. It might be helpful here to look at what has been accomplished in terms of integrating AM into the nuclear industry so far.

AM In Nuclear Power So Far

At the moment, the only 3D printed components that have made it into nuclear reactors have been fairly simple parts. In 2017, Siemens replaced the 108 mm metal impeller in a fire protection pump at the Krško power plant in Slovenia with a 3D printed replica. The original manufacturer of the pump had gone out of business since the pump was installed around 1980.

Westinghouse is also working in this area, having recently installed a 3D printed thimble plugging device at Unit 1 of Exelon’s Byron. This type of device holds the fuel rods as they’re being lowered into the reactor. A big part of this installation is to see what the long-term effect of the reactor environment on the 3D printed material is, compared to the traditionally manufactured components.

It is clear that 3D printing has a bright future in manufacturing. For the nuclear industry, it doesn’t just offer a good way to produce replacement parts for a reactor that is over sixty years old with at least half the original suppliers gone or having changed inventory. Along with a host of other new manufacturing technologies, it also offers exciting new options when it comes to the new generations of nuclear reactors, whether fission or fusion-based.

From speeding up the prototyping of new reactors and concepts, to the possibility of reactors powering remote communities and future Moon and Mars colonies, without having to rely on a complicated supply chain, there are many obvious benefits. Taking no small part here is the cost picture, as producing a reactor this way should be significantly cheaper, and might enable local manufacturing and assembly.

Obviously, all of this is bad news for people without access to an SLM printer or similar, but who knows, maybe in another ten years or so we’ll all be printing our own rocket engine and fusion reactor components at home.

18 thoughts on “3D Printing Nuclear Reactors For Fun And Profit”