Join us on Wednesday, September 23 at noon Pacific for the Into the Plasmaverse Hack Chat with Jay Bowles!

Most kids catch on to the fact that matter can exist in three states — solid, liquid, and gas — pretty early in life, usually after playing in the snow a few times. The ice and snowflakes, the wet socks, and the fog of water vapor in breath condensing back into water droplets all provide a quick and lasting lesson in not only the states of matter but the transitions between them. So it usually comes as some surprise later when they learn of another and perhaps more interesting state: plasma.

For the young scientist, plasma is not quite so easy to come by as the other phases of matter, coming about as it does from things they’re usually not allowed to muck with. High voltage discharges, strong electromagnetic fields, or simply a lot of heat can strip away electrons from a gas and make the ionized soup that we call plasma. But once they catch the bug, few things can compare to the dancing, frenetic energy of a good plasma discharge.

Jay Bowles picked up the plasma habit quite a while back and built his YouTube channel around it. Tesla coils, Van de Graaff generators, coils and capacitors of all types — whatever it takes to make a spark, Jay has probably made and used it to make the fourth state of matter. He’ll join us on the Hack Chat to talk about all the fun things to do with plasma, high-voltage discharge, and whatever else sparks his interest.

Our Hack Chats are live community events in the Hackaday.io Hack Chat group messaging. This week we’ll be sitting down on Wednesday, September 23 at 12:00 PM Pacific time. If time zones baffle you as much as us, we have a handy time zone converter. 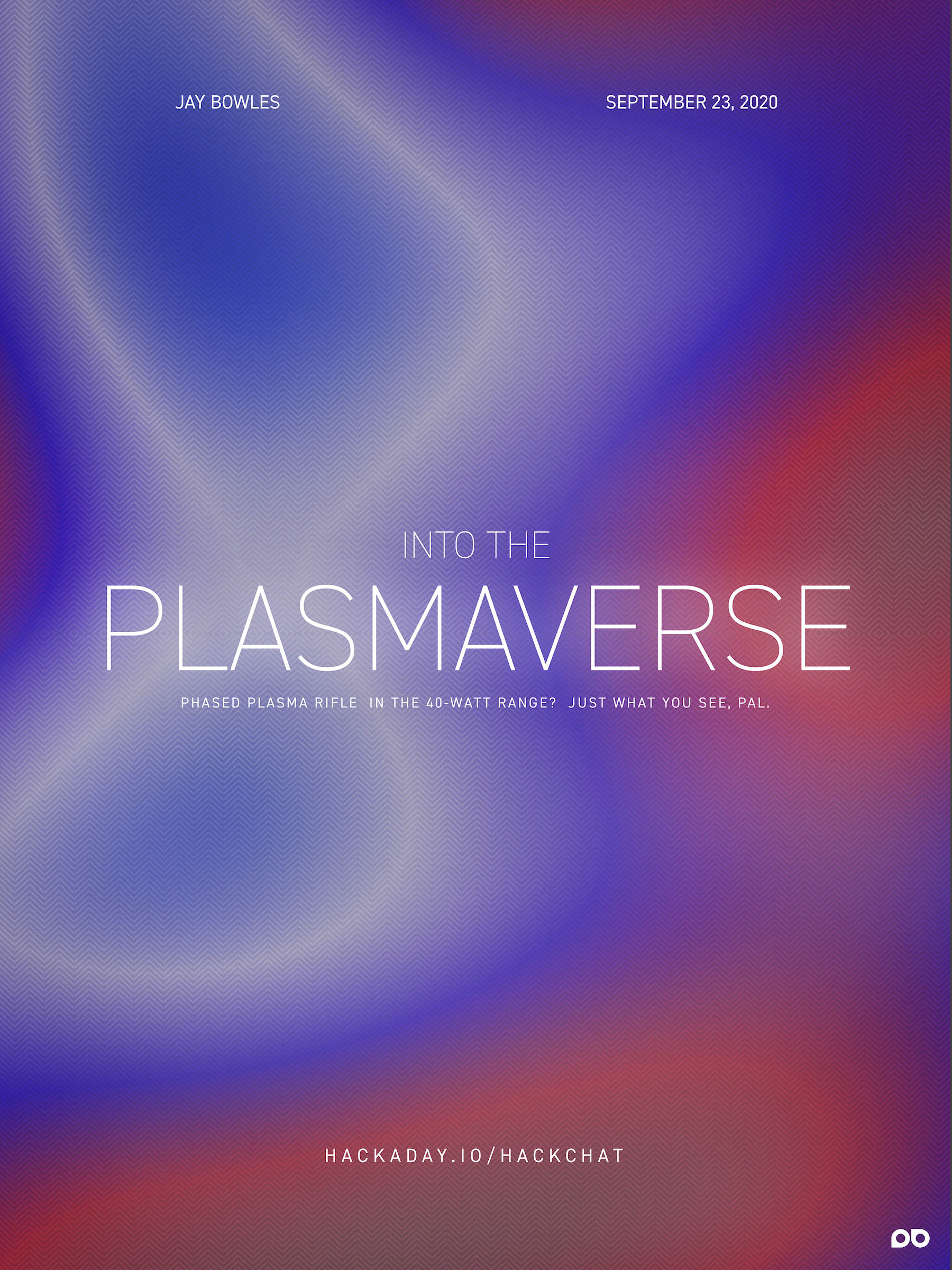 One thought on “Into The Plasmaverse Hack Chat”