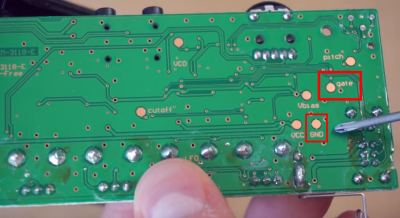 END_OF_DOCUMENT_TOKEN_TO_BE_REPLACED

Classic motorcycles are the wild west of information displays. Often lacking even basic instrumentation such as a fuel gauge and sometimes even a speedometer, motorcycles have come a long way in instrument cluster design from even 20 years ago. There’s still some room for improvement, though, and luckily a lot of modern bikes have an ECU module that can be tapped into for some extra information as [mickwheelz] illustrates with his auxiliary motorcycle dashboard.

This display is built for a modern Honda enduro, and is based upon an ESP32 module. The ESP32 is tied directly into the ECU via a diagnostic socket, unlike other similar builds that interface with a CAN bus specifically. It can monitor all of the bike’s activity including engine temperature, throttle position, intake air temperature, and whether or not the bike is in neutral. [mickwheelz] also added an external GPS sensor so the new display can also show him GPS speed and location information within the same unit.

[mickwheelz] credits a few others for making headway into the Honda ECU. [Gonzo] created a similar build using a Raspberry Pi and more rudimentary screen but was instrumental in gathering the information for this build. If you’re looking for a display of any kind for your antique motorcycle which is lacking an ECU, though, we would suggest a speedometer made with nixie tubes.

END_OF_DOCUMENT_TOKEN_TO_BE_REPLACED 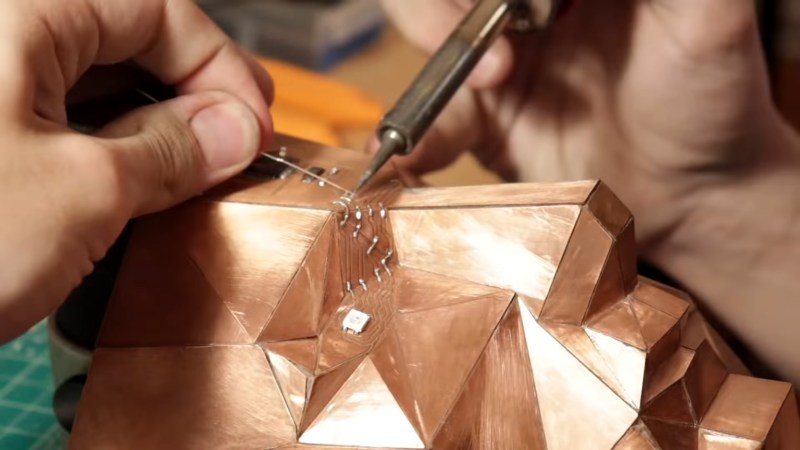 END_OF_DOCUMENT_TOKEN_TO_BE_REPLACED

At the most basic level, most shop tools are just a motor with the right attachments. But the details are often far from simple. [DuctTapeMechanic] took a junker clothes dryer, yanked the electric motor from it, and converted it into a disk sander. The price was right at about $10. You can see it all after the break.

As you might imagine, having the motor is only half the battle. You also need a way to mount the thing securely and a way to affix the sanding disk. While this doesn’t pose the same challenges as, say, a drill press, it does take some thought. The motor in the donor dryer didn’t have threads on the shaft, so a bolt and some welding time took care of that. We suspect that’s tricky because you need the shaft and the bolt to be concentric and level.

Once you have a threaded shaft, the rest of the build is anti-climatic. A little carpentry and a little electrical. We would probably cover up the electrical connections a bit more. It seems like you’d want to know which way the motor spins so you could use a reverse thread, if necessary. From the video, we think the motor he has was spinning the right way, but we don’t know if that’s always true.

There’s something satisfying about building your own tools. If you work on smaller things, we’ve seen a miniature sander that might be handy to have around. If you want to go the other way, try finding an old floor polisher instead of a dryer.

END_OF_DOCUMENT_TOKEN_TO_BE_REPLACED

If you have more than one Linux computer, you probably use ssh all the time. It is a great tool, but I’ve always found one thing about it strange. Despite having file transfer capabilities in the form of scp and sftp, there is no way to move a file back or forth between the local and remote hosts without starting a new program on the local machine or logging in from the remote machine back to the local machine.

That last bit is a real problem since you often access a server from behind a firewall or a NAT router with an ephemeral IP address, so it can’t reconnect to you anyway. It would be nice to hit the escape character, select a local or remote file, and teleport it across the  interface, all from inside a single ssh session.

Combined, this got me me very close to my goal. I can be working in a shell on either side and have access to read or write files on the other side. I just have to set it up carefully. END_OF_DOCUMENT_TOKEN_TO_BE_REPLACED

Join us on Wednesday, September 23 at noon Pacific for the Into the Plasmaverse Hack Chat with Jay Bowles!

Most kids catch on to the fact that matter can exist in three states — solid, liquid, and gas — pretty early in life, usually after playing in the snow a few times. The ice and snowflakes, the wet socks, and the fog of water vapor in breath condensing back into water droplets all provide a quick and lasting lesson in not only the states of matter but the transitions between them. So it usually comes as some surprise later when they learn of another and perhaps more interesting state: plasma.

For the young scientist, plasma is not quite so easy to come by as the other phases of matter, coming about as it does from things they’re usually not allowed to muck with. High voltage discharges, strong electromagnetic fields, or simply a lot of heat can strip away electrons from a gas and make the ionized soup that we call plasma. But once they catch the bug, few things can compare to the dancing, frenetic energy of a good plasma discharge.

Jay Bowles picked up the plasma habit quite a while back and built his YouTube channel around it. Tesla coils, Van de Graaff generators, coils and capacitors of all types — whatever it takes to make a spark, Jay has probably made and used it to make the fourth state of matter. He’ll join us on the Hack Chat to talk about all the fun things to do with plasma, high-voltage discharge, and whatever else sparks his interest.

Our Hack Chats are live community events in the Hackaday.io Hack Chat group messaging. This week we’ll be sitting down on Wednesday, September 23 at 12:00 PM Pacific time. If time zones baffle you as much as us, we have a handy time zone converter.