A few years ago, [Charles] picked up a sweet Suzuki motorcycle that checked all the boxen: it was in good shape, bore a few useful upgrades and a box of spare parts, plus the price was right. Though he assumed that he had pored over every picture on the classified site before buying, it wasn’t until later that [Charles] realized that something was indeed missing from the bike — a piece of chrome that does little more than to cover the tee in the brake line and bear the Suzuki brand. Once he saw the problem, he couldn’t un-see it, you know? And at that point, he just had to have that little piece, even if he had to make it himself.

That wasn’t the original plan, of course, but bike parts are expensive to begin with and only get worse as size, condition, and rarity increase. [Charles]’ quest to find this piece was halfway successful; he found a reasonable-but-rusty facsimile of the right part, although the emblem portion was long gone. Then he remembered the wife’s vinyl cutter. 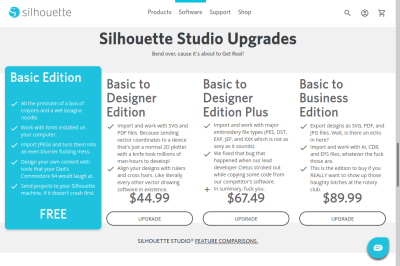 Now, let’s stop right there. If you know anything at all about these vinyl cutters, you know that they are basically glorified 2D plotters with a knife attached where a pen would be. Send it any 2D file and you’re good? No, no; of course not. These things are locked down by the manufacturers.

Fortunately, [Charles] found inkscape-silhouette, which makes light work of sending SVGs to the machine. After much back and forth and maybe a bit of coin-flipping, [Charles] settled on the classy, stylized ‘S’ version rather than the full-on Suzuki badge. We think it looks great, and we’ll never tell anyone.

While this isn’t quite the type of badge we’d normally talk about, it’s a great project nonetheless, and it’s always nice to hear about projects that open up otherwise closed-source hardware.

12 thoughts on “Ride DIY Or Die This Badge-Less Suzuki”