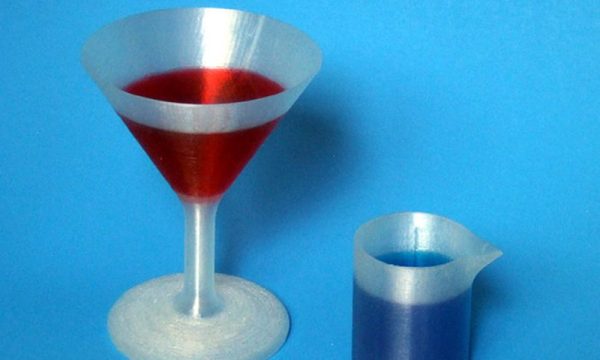 Most normal 3D prints are not watertight. There are a few reasons for this, but primarily it is little gaps between layers that is the culprit. [Mikey77] was determined to come up with a process for creating watertight objects and he shared his results.

The trick is to make the printer over extrude slightly. This causes the plastic from adjacent layers to merge together. He also makes sure there are several layers around the perimeters.

END_OF_DOCUMENT_TOKEN_TO_BE_REPLACED

[Ben Heck] has put the final touches on his Pelican case Xbox 360. This prototype was constructed for use by troops stationed overseas. When he announced the project in October, he already knew some of the hurdles he would face. An industrial Velcro style product is used for all component mounting so the air/water-tight seal of the case remains intact. He sanded the surface so that it would stick better. [Ben] mentions that he ended up using less Velcro than he planned on because it held so well. Not being able to cut the case meant the DVD drive had to be converted to top-loading. The tray movement limit switches have been relocated so they now respond to lid position. He regrets not being able to motorize the lid, but let it go since this is still just the first attempt. Extra copper was added to all of the heat sinks to improve cooling. This Xbox is for sale and he’d love to hear from anyone that wants to put it into production. The write-up has a ton of pictures and you can see a video of it below.