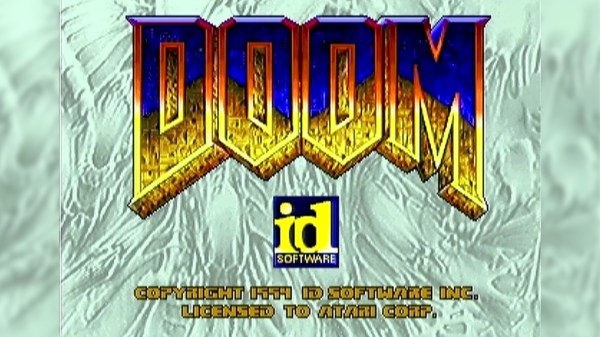 While the rest of the world has by and large forgotten the Atari Jaguar, the generously marketed console still has a fan base, and even some dedicated hackers prodding away at it. [Cyrano Jones] is one of them, and he managed something many considered unthinkable: restoring in-game music to the Jaguar port of Doom.

The Jaguar version of the classic shooter was developed by id Software themselves, and is generally considered one of the better console ports. For example, the large number of buttons on the Jaguar controller allowed players to select weapons directly rather than having to cycle through them. Unfortunately, the complete lack of music during gameplay was a glaring omission that took several points off of an otherwise fairly solid presentation.

The common culprit blamed for this was that the Jaguar’s DSP was already being used for math processing, so it didn’t have any cycles left for music playback. Coupled with a tight deadline, id probably cut their losses and released it without in-game music rather than try and spend more time engineering a solution. To compensate for the lack of in-game music, id did include the famous soundtrack in the intermission screens rather than entirely strip it out.

As [Cyrano] found out by studying the source code that’s been available since 2003, sound effects in the Jaguar version of Doom are played using something called a “ring buffer”: a cyclical fixed-length data buffer which constantly gets outputted as audio. With a patch of unused memory he could fit a second ring buffer in, rendering the music to it with close to no performance hit elsewhere in the code and then mixing both buffers for the final audio output. It looks as though id already had some of this solution in place, but with enough issues that forced them to abandon the idea in order to release the game on time.

Software hacks are not the only things that the Jaguar fan base can do though, and a fine example of a hardware one is this custom mod showing what it could’ve looked like with the CD add-on in an integrated unit.

END_OF_DOCUMENT_TOKEN_TO_BE_REPLACED

Released in 1993, the Atari Jaguar suffered from a number of problems – it was difficult to program, had hardware idiosyncrasies, and with the CD drive was vastly overpriced compared to the Sega Saturn and Sony Playstation released one year later. Nevertheless, the Jaguar still has a rabid fanbase that counts [10p6] among them, and he’s created what Atari should have released 20 years ago.

In a few forum threads at jaguarsector (login required) and nexgam.de (no login, German), [10p6] goes over his changes to the classic Jaguar + CD combo. He’s stuffed everything inside a new case, cutting down on the amount of plastic from the old enclosure. A proper integrated power supply has been added, replacing the two power supplies used in the original. It’s also overclocked to 32 MHz, compared to the 26 MHz of the stock unit, making this a very powerful system that could have easily competed with the Saturn and Playstation.

[10p6] has an amazing piece of hardware on his hands here, and should he ever want to make a few molds of his new Jaguar, he could put together some sort of kit to replicate this build. He’s still working on finding a model maker and perfecting his case design, but a new, improved version of the Jaguar is something we’d love to see in a limited production. There’s nothing wrong with portable NESs, Super Nintendos, N64, or even a portable Sega CD. What about a portable version the oft-maligned Atari Jaguar, though? [Evil Nod] pulled it off, and it looks great.

The build is fairly standard for a portable console. A PS1 screen is used for the display, and a cut up and re-wired controller provides the input. From what we see on the build log, moving the 104-pin cartridge slot onto ribbon cables was an exercise in patience. The case is absolutely phenomenal with a textured finish we would expect to see on an early 90s console. Of course, [Nod] kept the numeric keypad; there was space left over anyway.

We can’t rag on the Jaguar or [Nod]’s build. It’s a great execution and there’s an impressive library of games that include Worms, Rayman, Doom, and Myst. Still, we wonder what the build would look like with the Jaguar CD-ROM attached.