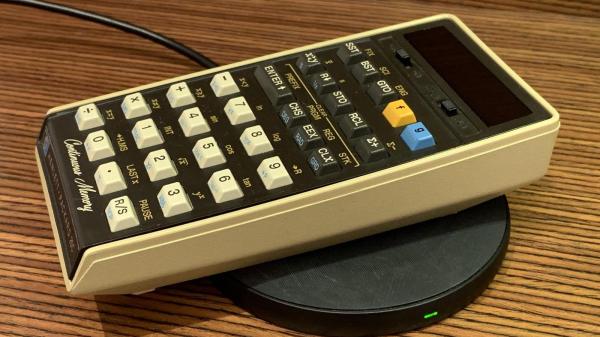 [Jan Rychter] really likes his multiple HP-25C calculators, but the original battery pack design is crude and outdated. No problem — he whips up a replacement using Fusion 360 to design an enclosure, prints a few on his SLS 3D printer, and packs them with LiPo batteries and Qi/WPC wireless charging circuits.

In his blog post, he explains the goals and various design decisions and compromises that he made along the way. We like [Jan]’s frank honesty as he remarks on something we have all been guilty of at one time or another:

In the end, I went with design decisions which might not be optimal, but in this case (with low power requirements) provide acceptable performance. In other words, I winged it.

One problem which proved difficult to solve was how to provide a low battery indicator. Since low voltage on a LiPo is different from the original HP-25’s NiCad cells, it wasn’t straightforward, especially since [Jan] challenged himself to build this without using a microcontroller. He discovered that the HP-25’s internal low battery circuit was triggered by a voltage of 2.1 volts or lower. 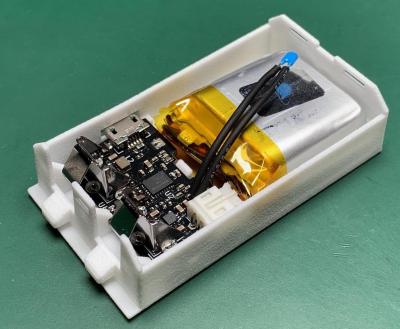 In a really clever hack, [Jan] came up with the idea of using an MCU reset supervisor chip with a low voltage threshold of 3.0 volts, which corresponds with the low voltage threshold of the LiPo battery he is using. The reset signal from the supervisor chip then drives one of the pins of the TPS62740 programmable buck converter, changing its output from 2.5 volts to 2.1 volts.

This project is interesting on several levels — extending the life of a useful but end-of-life calculator, improving the original battery design and introducing new charging techniques not available in the early 1970s, and it is something that a hobbyist can afford to do in a home electronics lab. We do wonder, could such a modification could turn an HP-25 into an HP-25C? So, you’ve got your awesome project built and are ready to take it on the go, but how are you going to power it? You could use a couple alkaline cells or perhaps swipe a Litihium battery pack from some infrequently used portable device – however before you do that, why not check out what [Lady Ada] has to say on the subject?

The detailed tutorial on her site discusses the different types of Lithium-based batteries and their form factors, as well as the strengths and weaknesses of each type. Voltage ratings are covered, as well as why it is important to choose a Lithium battery pack that fits the task at hand. The dangers of improperly handling batteries are clearly noted, highlighting the importance of selecting a proper charger and resisting the urge to ever wire Lithium batteries together to increase capacity.

While the bulk of the information presented is nothing new to most of our readers, it’s definitely a worthwhile read for those just starting to use Lithium battery technology in their projects.