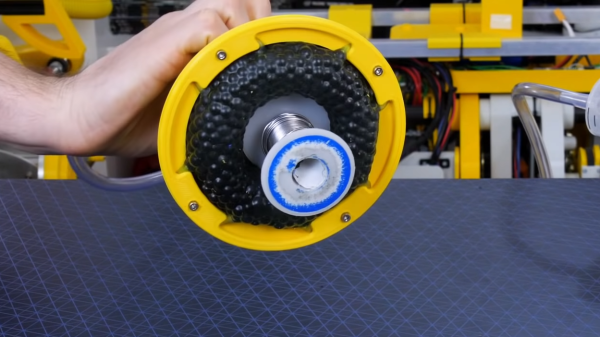 Soft robotic grippers have some interesting use cases, but the industrial options are not cheap. [James Bruton] was fascinated by the $4000 “bean bag” gripper from Empire Robotics, so he decided to build his own.

The gripper is just a flexible rubber membrane filled with small beads. When it is pushed over a object and the air is sucked out, it holds all the beads together, molded to the shape of the object. For his version [James] used a soft rubber ball filled with BBs. To create a vacuum, he connected a large 200cc syringe to the ball via a hose, and actuated it with a high torque servo.

It worked well for small, light objects but failed on heavier, smooth objects with no edges to grip onto. This could possibly be improved if the size and weight of the beads/BBs are reduced.

For some more soft robotics, check out this soft 3D printed hand, and the flexible electrically driven actuators. END_OF_DOCUMENT_TOKEN_TO_BE_REPLACED 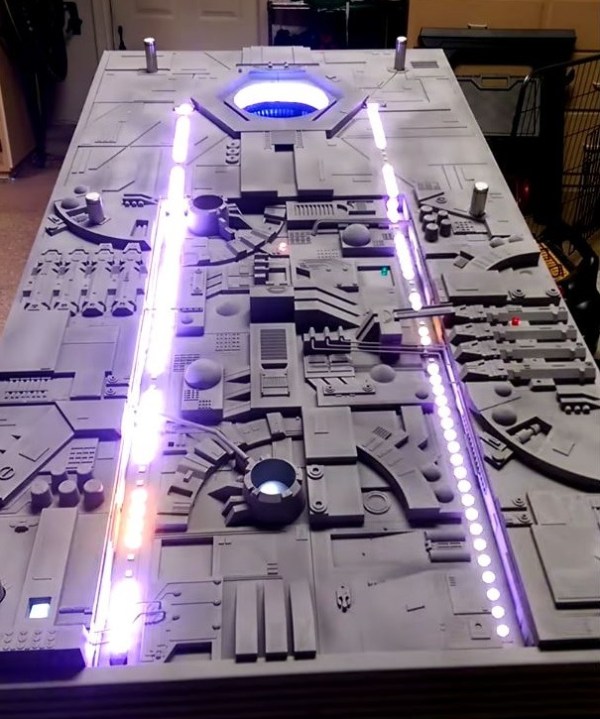