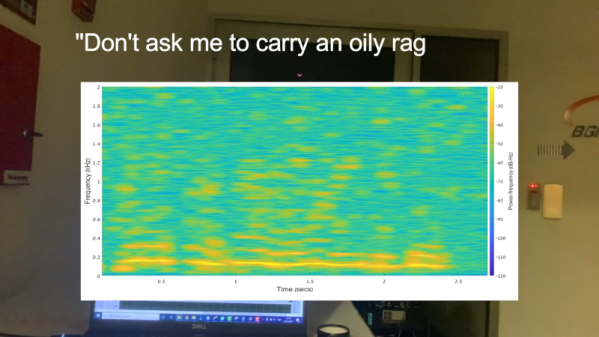 If you ever get the feeling someone is watching you, maybe they are listening, too. At least they might be listening to what’s coming over your computer speakers thanks to a new attack called “glow worm.” In this novel attack, careful observations of a power LED on a speaker allowed an attacker to reproduce the sound playing thanks to virtually imperceptible fluctuations in the LED brightness, most likely due to the speaker’s power line sagging and recovering.

You might think that if you could see the LED, you could just hear the output of the speaker, but a telescope through a window 100 feet away appears to be sufficient. You can imagine that from a distance across a noisy office you might be able to pull the same trick. We don’t know — but we suspect — even if headphones were plugged into the speakers, the LED would still modulate the audio. Any device supplying power to the speakers is a potential source of a leak.