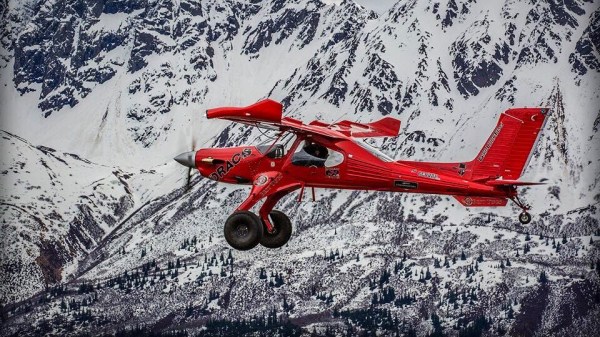 All of us dream of reaching a point in life where we have the knowledge, skills, energy and resources to pull off builds that match our wildest dreams. [Mike Patey] is living that dream and with a passion for engineering and aviation that is absolutely infectious, he built Draco, the world’s most badass bush plane.

Draco started life as a PZL-104MA Wilga 2000, which already had impressive short take off and landing (STOL) capabilities for a 4 seater. Its original 300 hp Lycoming piston engine failed catastrophically in 2017, very nearly dumping [Mike] in Lake Utah. He decided it was a good excuse to start building his dream plane, and replaced the motor with a Pratt & Whitney PT6 turboprop engine, putting out a massive 680 hp.

Almost the entire plane was upgraded, and the engineering that went into it is awe-inspiring, especially considering that [Mike] did most of it himself. This includes a redesigned fuel system, enlarged wing and control surfaces, new avionics, oxygen system, upgraded landing gear and an array of lights. The wing tip landing lights are actually from a Boeing 737. [Mike] estimates that the upgrades cost somewhere in the region of a million US dollars. All the highlights of the build is documented in series of videos on [Mike]’s YouTube channel. What we would give for a personal workshop like that…

Try not to let your jaw hit the floor when watching the video after the break.

END_OF_DOCUMENT_TOKEN_TO_BE_REPLACED 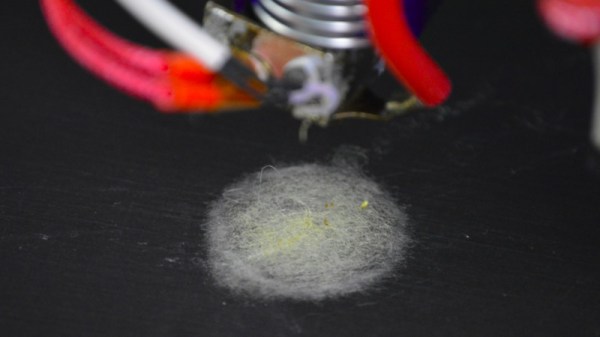 We are all used to desktop 3D printers that extrude molten plastic in layers to build up finished items. A pair of researchers at the Human-Computer Interaction Institute at Carnegie Mellon University, [Michael Rivera] and [Scott Hudson], have added another capability to their printer: electrospinning of textiles.

Electrospinning is a technique in which an extruded material is accelerated from the extruder by an electrostatic charge to form an extremely thin fibre. By applying a many-kilovolt charge between the extruder and the bed, they can create a fibre and lay it down into a mesh from a height to create a felt-like fabric. The same extruder can also produce conventional solid prints, allowing the creation of composite fabric and solid items. They demonstrate a variety of prints including a folding mobile phone stand, a woven lamp, and an interactive wooly sheep, which along with others can be seen in the video below the break.

The full paper can be downloaded as a PDF, and makes for very interesting reading. The voltages involved mean that your Prusa clone may not have this capability any time soon, but we look forward to the moment when desktop electrospinning is a feature on affordable 3D printers.