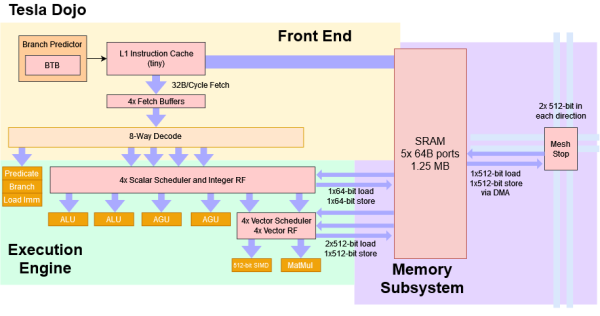 It starts with a comparison to the IBM Cell processors. The Cell of the mid-2000s featured something called the SPE (Synergistic Processing Elements). They were smaller cores focused on vector processing or other specialized types of workloads. They didn’t access the main memory and had to be given tasks by the fully featured CPU. Dojo has 1.25MB of SRAM that it can use as working memory with five ports, but it has no cache or virtual memory. It uses DMA to get the information it needs via a mesh system. The front end pulls RISC-V-like (heavily MIPS-inspired) instructions into a small instruction cache and decodes eight instructions per cycle. END_OF_DOCUMENT_TOKEN_TO_BE_REPLACED 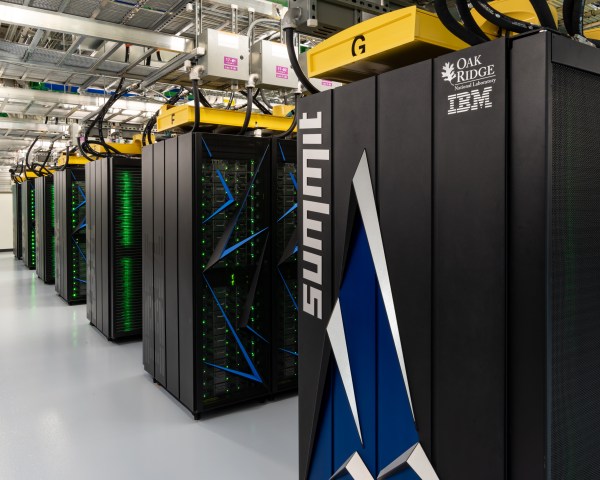 IBM’s Power processor architecture is probably best known today as those humongous chips that power everything from massive mainframes and supercomputers to slightly less massive mainframes and servers. Originally developed in the 1980s, Power CPUs have been a reliable presence in the market for decades, forming the backbone of systems like IBM’s RS/6000 and AS/400 and later line of Power series.

Now IBM is making the Power ISA free to use after first opening up access to the ISA with the OpenPower Foundation. Amidst the fully free and open RISC-V ISA making headway into the computing market, and ARM feeling pressured to loosen up its licensing, it seems they figured that it’s best to join the party early. Without much of a threat to its existing business customers who are unlikely to whip up their own Power CPUs in a back office and not get IBM’s support that’s part of the business deal, it seems mostly aimed at increasing Power’s and with it IBM’s foothold in the overall market.

The Power ISA started out as the POWER ISA, before it evolved into the PowerPC ISA, co-developed with Motorola  and Apple and made famous by Apple’s use of the G3 through G5 series of PowerPC CPUs. The PowerPC ISA eventually got turned into today’s Power ISA. As a result it shares many commonalities with both POWER and PowerPC, being its de facto successor.

In addition, IBM is also opening its OpenCAPI accelerator and OpenCAPI Memory Interface variant that will be part of the upcoming Power9′ CPU. These technologies are aimed at reducing the number of interconnections required to link CPUs together, ranging from NVLink, to Infinity Fabric and countless more, not to mention memory, where OMI memory could offer interesting possibilities.

Would you use Power in your projects? Let us know in the comments.