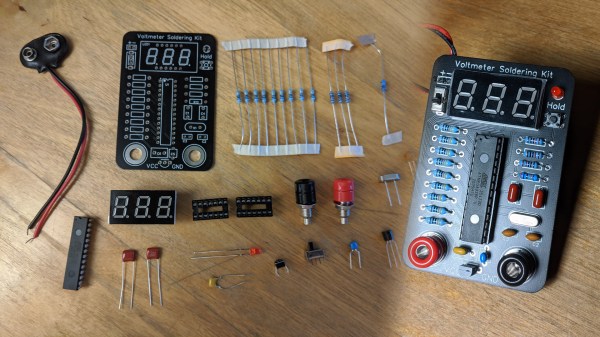 Unsatisfied with the standard fare of soldering practice kits that offer little to no purpose once they’re built, [Jim Heaney] decided to take matters into his own hands and design an easy-to-assemble kit for his class that, once put together, becomes the handiest of tools in any maker’s workbench: a functional voltmeter.

At the heart of the kit is a standard Atmega 328P microcontroller. While he could’ve picked something smaller or cheaper, not only does the bulky part make for easier soldering, [Jim] reasons that it’s a chip that’s easy to repurpose should his students want to build something like a breadboard Arduino, for example. The voltmeter has a fixed measurement range from 0 to 100 VDC, the only switches on the board are for powering it on and a hold button, which freezes the value currently being shown in the three-digit, seven-segment display.

Along with selling his kit to other makers and educators, [Jim] also hopes that his project encourages others to design similar soldering kits which favor some sort of function rather than getting binned once there’s solder on all the pads, as well as part variety and documentation. If you’re on the other end of the soldering spectrum, then why not challenge your skills soldering on a time limit? 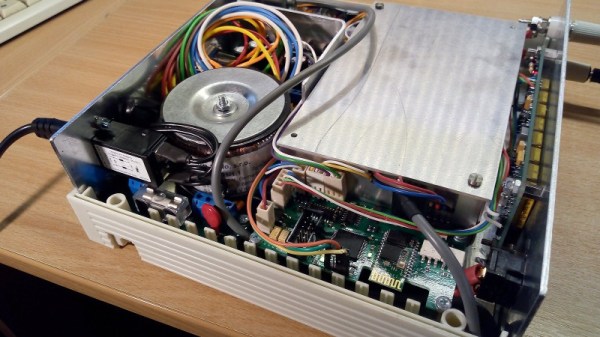