The first type of ground to talk about is the ground in your outlets and walls. The AC safety ground is the third pin on your plug that should be attached to the chassis of your washer/dryer on one end, and somehow connected to the neutral wire somewhere near your breaker box. The theory of this being if a conductor touches the chassis of a lamp or appliance, all the current will go along that ground bus saving you from electrocution. It should also trip the circuit breaker.

But really we’re rarely dealing with mains power around here. When it comes to electronic design, we’re mostly dealing with analog grounds and digital grounds in circuits. Sometimes these are the same, sometimes they’re not, but they’re both usually referenced to 0 Volts, Add in some considerations for EMC, and ground loops, and you have an astonishing amount of knowledge wrapped up in having zero potential.

If you want to know about what ground actually is, this isn’t a talk to miss. Erika has tons of experience chasing down grounds as an audio engineer, and her career highlights including the director of hardware engineering at Slate Digital and the Senior Technical Engineer at LA’s legendary Village Recording Studios. There’s a lot of experience here, and if you want to where to find your ground, Erika is the person to ask. 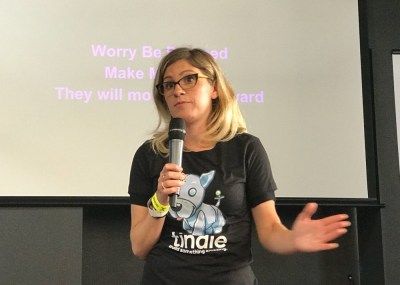