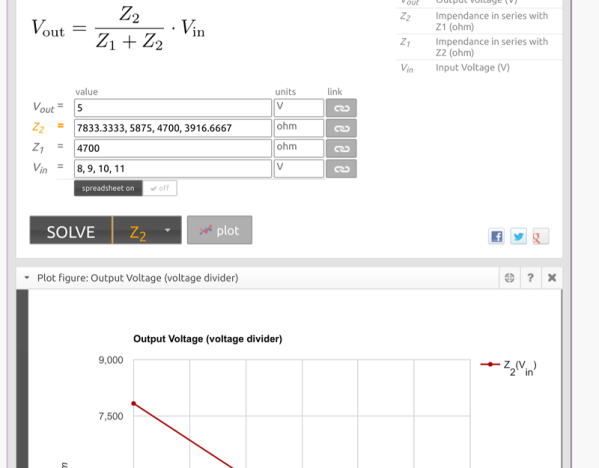 If you like to rely on the web to do your electronics and computer math, you’ll want to bookmark FxSolver. It has a wide collection of formulae from disciplines ranging from electronics, computer science, physics, chemistry, and mechanics. There are also the classic math formulations, too.

END_OF_DOCUMENT_TOKEN_TO_BE_REPLACED There are so many apps available for the iPhone, one might even say there are a plethora. We would like to take a moment to help you find a few that might help with your hacking projects. Ever have problems remember a formula when you need it? Need to track the acceleration of your brand new rover? How about beginners needing help remember resistor codes. Well, there’s an app for that. Check out our suggestions after the break.