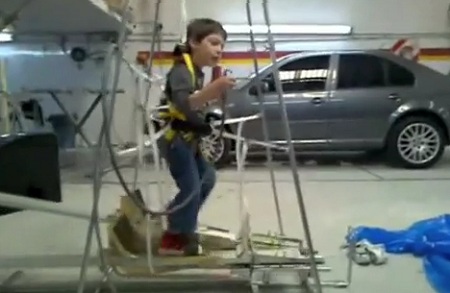 [Jorge]’s son was born in 2004 after a troubling time in the womb. The son, [Ivo], wasn’t getting enough oxygen and unfortunately developed cerebral palsy. [Jorge] took it upon himself to improve his son’s life, so he got busy building some machinery for physical therapy. Today, [Ivo] is able to walk very well without the need for braces or other aids.

[Ivo] has a form of CP called Spastic quadriplegia. With [Ivo]’s disorder, his skeletal muscles are always tight meaning he’s nearly unable to walk. This can be treated with muscle relaxants such as Botox (yes, that Botox), but [Jorge] wanted to help out with his son’s physical therapy.

[Jorge] began preparing for [Ivo]’s physical therapy by building a “tripod” for him. This allows [Ivo] to stand while taking part in physical activities like ping-pong and golf. The second phase of the training was a modification to a cross-country skiing/elliptical trainer that allowed [Ivo] to practice walking. Today, [Ivo] is happily walking very well, a testament to his dad’s wishes that he has somewhat normal life. Some aluminum tubing helped, but we’re pinning this one on his dad. 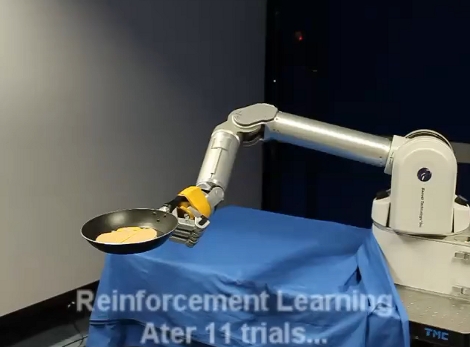