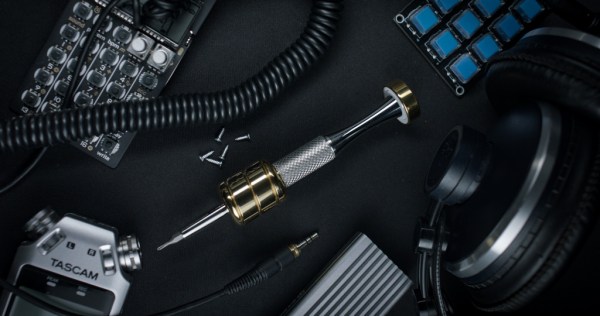 [Giaco] says the idea came after running a successful Kickstarter campaign for a utility knife, where he found that his favorite screwdriver for the many small screws was one with a fat metal body which allowed it to spin easily. In the video after the break, he gives an excellent insight into the development process. He started by creating a series of 3D printed prototypes to figure out the basic shape, before making the first metal prototype. [Giaco] also shows the importance of figuring out the order of operation for machining, which is often glossed over in other machining videos. Be sure to check out the beautiful launch video at 17:52. END_OF_DOCUMENT_TOKEN_TO_BE_REPLACED