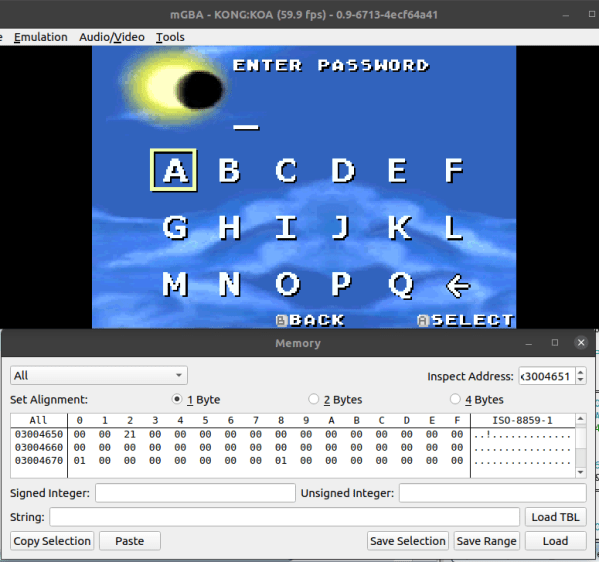 [Wrongbaud] is a huge fan of Japanese kaiju-style movies, including Godzilla and King Kong. In honor of the release of a new movie, he has decided to tackle a few projects to see how both of these monsters can hold their own against other legendary monsters. In this project, he is using Ghidra, named after another legendary kaiju, against the password system of the Game Boy Advance game Kong: King of Atlantis.

Since this project is a how-to, [wrongbaud] shows how to search Ghidra for existing scripts that might already have the functionality needed for GBA analysis and emulation. When not, he also illustrates how to write scripts to automate code analysis, and then moves on to cracking the level password system on the game.

The key to finding the passwords on this game was looking for values in the code that were seven characters long, and after some searching [wrongbaud] is finally able to zero in on the code responsible for handling passwords. Once found a brute force method was automated to find viable passwords, and from there the game was officially pwned. For anyone interested in security, reverse engineering, or just the way that binaries work, it’s quite the detailed breakdown. Of course, it’s not the only example we have seen that uses this software tool to extract passwords.