This is a great case study in reverse engineering, and it’s really worth a trip down the rabbit hole to learn more. If you’re looking for a more formal exploration of reverse engineering, you could do a lot worse than HackadayU’s “Reverse Engineering with Ghidra” course, which just wrapping up. Watch for the class videos soon. END_OF_DOCUMENT_TOKEN_TO_BE_REPLACED

Let’s get caught up on computer security news! The big news is Shadowhammer — The Asus Live Update Utility prompted users to download an update that lacked any description or changelog. People thought it was odd, but the update was properly signed by Asus, and antivirus scans reported it as safe.

Nearly a year later, Kaspersky Labs announced they had confirmed this strange update was indeed a supply chain attack — one that attacks a target by way of another vendor. Another recent example is the backdoor added to CCleaner, when an unknown actor compromised the build system for CCleaner and used that backdoor to target other companies who were using CCleaner. Interestingly, the backdoor in CCleaner has some similarities to the backdoor in the Asus updater. Combined with the knowledge that Asus was one of the companies targeted by this earlier breach, the researchers at Kaspersky Lab suggest that the CCleaner attack might have been the avenue by which Asus was compromised.

Shadowhammer sits quietly on the vast majority of machines it infects. It’s specifically targeted at a pool of about 600 machines, identified by their network card’s MAC address. We’ve not seen any reporting yet on who was on the target list, but Kaspersky is hosting a service to check whether your MAC is on the list.

While we’re still waiting for the full technical paper, researchers gave a nearly 30 minute presentation about Shadowhammer, embedded below the break along with news about Dragonblood, Amazon listening to your conversations, and the NSA delivering on Ghidra source code. See you after the jump!
END_OF_DOCUMENT_TOKEN_TO_BE_REPLACED 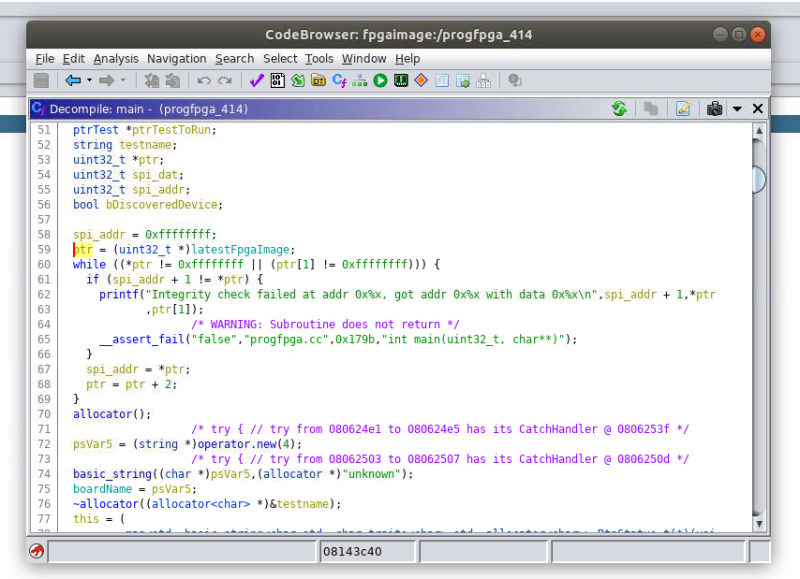 END_OF_DOCUMENT_TOKEN_TO_BE_REPLACED

The past few days have been busy if you’re trying to keep up with the pace of computer security news. Between a serious Chromium bug that’s actively being exploited on Windows 7 systems, the NSA releasing one of their tools as an open source project, and a new Spectre-like speculative execution flaw in Intel processors, there’s a lot to digest.
END_OF_DOCUMENT_TOKEN_TO_BE_REPLACED