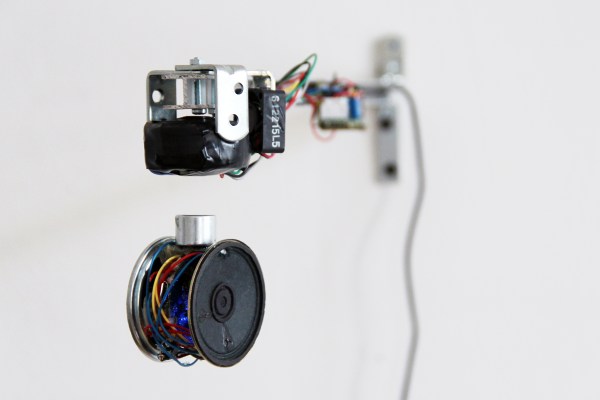 Let’s face it, levitating anything is pretty fascinating — especially when you think there should be wires. This project puts a new spin on magnetic levitation by using a PID controller to levitate a speaker while it plays music!

It uses the standard levitation setup — an electromagnet, a permanent magnet, and a hall effect sensor. A microcontroller implements the PID system, varying the current supplied to the electromagnet to keep the speaker floating at just the right height. Music is wirelessly transmitted to the speaker via Bluetooth, but unfortunately the speaker’s power is not. It features a small lithium ion battery which has a run-time of around 5 hours before it has to be recharged manually.

As you’ll notice in the following video, having a floating speaker has a pretty interesting effect — especially when it starts spinning.