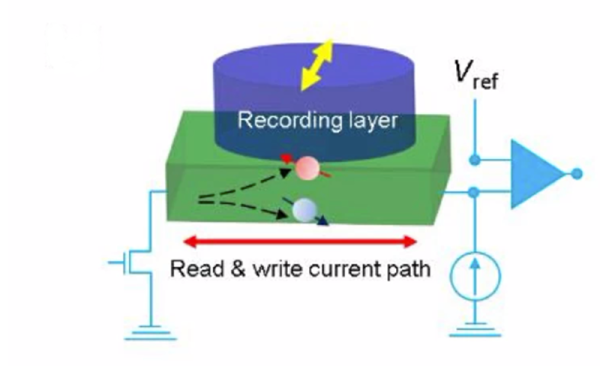 Sometimes it seems as though everything old is new again. The earliest computers used magnetic memory such as magnetic core. As practical as that was compared to making for example each bit of memory be a vacuum tube or relay flip flop, newer technology such as SRAM and DRAM displaced core and similar technologies. However, some of the newest technologies once again use magnetic fields. FRAM or ferroelectric RAM and magnetoresistive or MRAM both use magnetic fields to store data. Now Japanese researchers think they are on track to make MRAM more competitive with traditional RAM chips.

The Tokyo Institute of Technology researchers use new material combinations to make chips that store data based on the spin of electrons — the underlying reason for the way magnets behave. Their recent paper discusses USMR or Unidirectional spin Hall magnetoresistance and using this effect could greatly simplify the construction of MRAM cells.