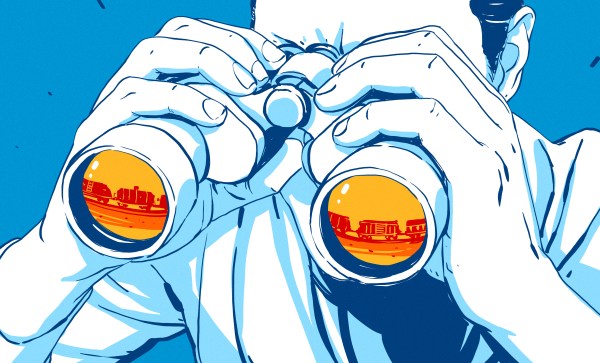 Trains are one of the oldest and most reliable ways we have of transporting things and people over long distances. But how often do you think about trains? Where I live, they can clearly be heard every hour or so. I should be used to the sound of them by now, but I like it enough to stop what I’m doing and listen to the whistles almost every time. In the early morning quiet, I can even hear the dull roar as it rumbles down the track.

I recently got a front row seat at a railroad crossing, and as the train chugged through the intersection, I found myself wondering for the hundredth time what all the cars had in them. And then, as I have for the last twenty or thirty years, I wondered why I never see a caboose anymore. I figured it was high time to answer both questions.

Boxcars are probably the most easily identifiable after the engine and the caboose.

Boxcars (and barns for that matter) are traditionally a rusty red color because there were few paint options in the late 1800s, and iron-rich dirt-based paint was dirt cheap.

Standard, no-frills flat cars are the oldest types of rail cars. These are just big, flat platform cars that can carry anything from pipe, rail, and steel beams to tractors and military vehicles.

Flat cars come in different lengths and are also made with and without bulkheads that help keep the cargo in place. Some flat cars have a depression in the middle for really tall or heavy loads, like electrical transformers.

As the name implies, auto racks carry passenger cars, trucks, and SUV from factories to distributors. They come in two- and three-level models, although there have been specialized auto racks over the years.

Perhaps the strangest auto rack of them all was the Vert-a-Pac. When Chevrolet came up with the Vega in the gas-conscious 1970s, they wanted to be able to move them as cheaply as possible, so they shipped the cars on end. If you’re wondering about all the fluids in the car when they were upended, a special baffle kept oil from leaking out, the batteries were capped, and the windshield washer fluid bottle was positioned at an angle.