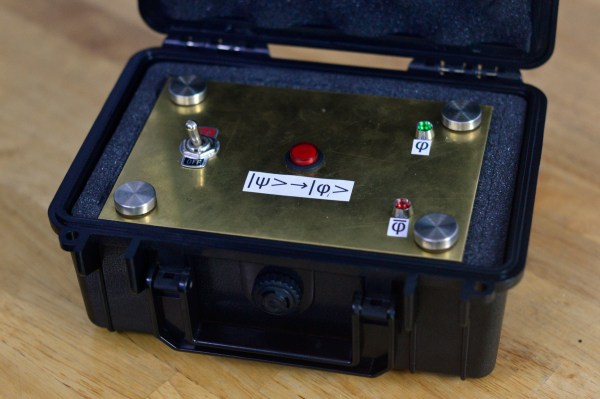 While it’s true that Hackaday scribes and their families are sadly unable to compete in our contests, Hackaday alum are more than welcome to throw their hat in the ring. [Legionlabs] even made a game of it — they used only parts from the scrap heap, and even played beat the clock to build a real, science-fictiony, working thing in eight hours or less.

Okay, cool, but what does it do? Well, put simply, a rising edge on the input drives one of two outputs, lighting one of two drool-worthy flanged LEDs. Which output will [alight] is unknowable until observed, thus the Schrodinger’s aspect. In practice, the output is determined by sampling. In this case, the sampling is of the time difference between three electron-tunneling events. 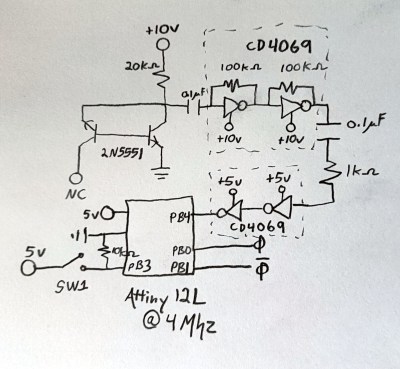 Stage one of Schrodinger’s Trigger is a pair of inputs — one variable 10-15 VDC input and 5 VDC input. Then comes the electron-tunneling event generator. [Legionlabs] is reverse-biasing a semiconductor junction (a 2N551 transistor). What does that mean? If we consider the junction as a diode and apply voltage in the wrong direction, what happens? At best, nothing; at worst, the smoke monster appears to admonish us.

But with a semiconductor acting as a diode, some electrons are bound to jump across the junction. This is known as tunneling, and is a useful phenomenon as it is purely random.

Stage three consists of amplifying the signal from these rebel electrons via hex inverters. Why not op-amps? The CD4069s were cheaper and within reach. Finally, the amplified signals are sampled with an ATtiny12, and some assembly logic figures out which LED to light.

It’s nice to see an entry that leans more toward the science side of things while winning aesthetically. We dig the nice ABS enclosure, and are totally envious of [Legionlabs]’ access to flanged LEDs and those glass table top mounting point discs in the corners. 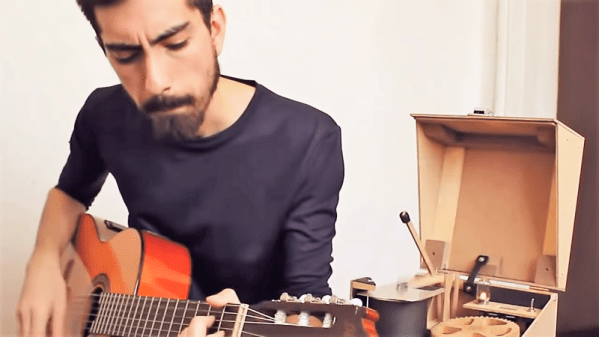