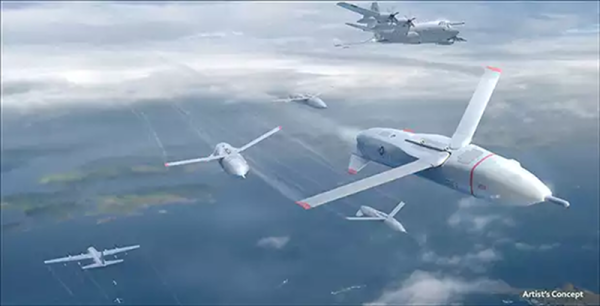 If you are like most people, your drone flights start on the ground and end either on the ground or–in more cases than most of us want to admit–in a tree. Earlier this year, DARPA awarded initial contracts for the Gremlins program. The idea is to produce unmanned aircraft that can launch from another aircraft and then later have another aircraft recover it.

The idea is to allow a plane to launch an unmanned sensor, for example, while out of range of enemy fire. Later another aircraft can retrieve the drone where a ground crew would get it ready for another flight within 24 hours. An aircraft facing missile fire could unleash a swarm of drones, confusing attackers. The drones have a limited life of about twenty flights, allowing for inexpensive airframes that use existing technology. You can see a concept video from DARPA about how air-launched drones might play a role in future air combat below.

END_OF_DOCUMENT_TOKEN_TO_BE_REPLACED

[Terence Bordelon] sent in his impressive UAV (Unmanned Arial Vehicle). The hack is a culmination of his other projects. It can be turned to fully automatic at the flip of a switch. It will fly itself to gps way points, land, and take off. The UAV has a range of 100km thanks to his home built RF Unit which runs on ham bands. The brains of the setup is his custom IMU (Inertial Measurement Unit). The unit is controlled by his ground station which either allows him to fly it normally or toggle through the various modes.  [Terrence] is also a game developer and has worked on many popular titles such as Zoo Tycoon 2 and Ratchet and Clank.