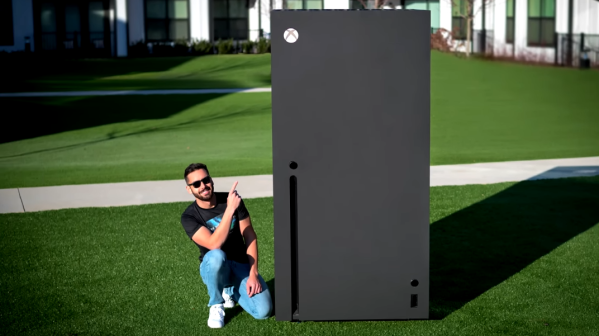 Like most home consoles, the Xbox Series X was specifically designed to fit neatly in the average home theater unit. [Michael Pick] thought that wasn’t quite big enough, and set out to build the world’s largest working Xbox Series X himself.

The build was in part inspired by a Microsoft creation: a large fridge in the shape of an Xbox Series X. However, [Michael] wanted to go further, maintaining the gaming functionality and more faithfully recreating details like the divot on the top of the console.

The first step was to build a big wooden frame, with wooden panels screwed on to create the basic form of the console. Creating the lovely curved and perforated top was done by 3D printing a series of pieces that were all glued together to emulate the feature on the real console itself. The back was also given fake giant ports that look just like the real thing.

The real hack is inside, though. The Xbox hardware itself just sits inside the frame on a little shelf. There’s a handful of servo motors set up to press the real console’s buttons when the corresponding buttons are pressed on the giant Xbox itself. It goes a long way to making the build feel “real” to the user.

The final build measures over 2 meters (6.5 feet) tall and 1 meter wide, weighing in at a total of 113 kg (250 lbs). It was good enough to win [Michael] a Guinness World Record for his trouble. The build was later donated to a local youth center in Georgia.

We’ve seen [Michael]’s giant builds before, too; his 300%-sized Nerf Gun was a particular highlight. Video after the break.

END_OF_DOCUMENT_TOKEN_TO_BE_REPLACED 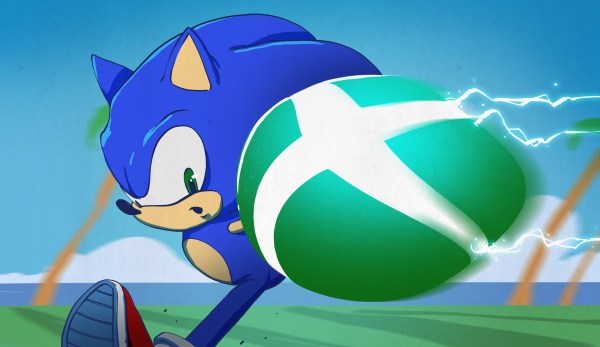