There are a few more hurdles to pass before the Raspi foundation can send this board out to manufacturers. They still need to make sure the ribbon cable doesn’t emit any interference, but if all goes right the camera module should be available early next year.

You can see the camera in action in the video after the break. If you listen closely you can hear [Rob Bishop] of the Raspi foundation say they’re also working on a display add on for the other  unused pins on the Pi, something we can’t wait to see.

END_OF_DOCUMENT_TOKEN_TO_BE_REPLACED When dealing with surface mount components, a manual pick-and-place machine is certainly a helpful device to have. Unfortunately, they can be quite expensive, so [Vassilis] came up with his own solution.

While commercial setups can cost upwards of a thousand dollars, this setup was made for less than a tenth of this cost. This one uses a simple setup of sliders and bearings available from a local hardware store. A cheap vacuum pen is used to lift the components, using an aquarium pump in reverse to generate suction. Finally, a USB microscope is used to make sure everything is placed in the correct position.

Plans are available on the site in DXF format, so you can build your own. The setup is reminiscent of a DIY CNC router, like this one that we featured a while ago. We could even see something like this serving a dual role with interchangeable heads for whatever you happen to be making that day!

Update: [Vassilis] published an video demonstration. See it after the break.

END_OF_DOCUMENT_TOKEN_TO_BE_REPLACED 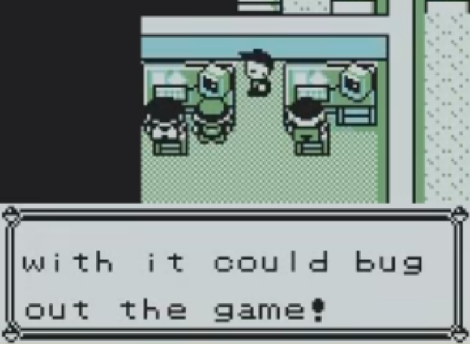 We hope our readers are familiar with the vast number of ROM hacks for the original 1st-gen Pokemon games. With certain sequences of button presses, it’s possible to duplicate items in the player’s inventory, get infinite money, or even catch a glimpse of the elusive MissingNo. [bortreb] is familiar with all these hacks, but his efforts to program a Game Boy from inside Pokemon is by far the greatest Pokemon glitch ever created.

This ‘total control’ ROM hack was inspired by [p4wn3r]’s extremely impressive 1 minute and 36 second long speed run for Pokemon Yellow. The technique used in [p4wn3r]’s run relies on the fact the warp points in Pokemon Yellow are right after the item list in the Game Boy’s memory. By corrupting the item list, [p4wn3r] figured out how to make the front door of his house warp directly to the end of the game resulting in the fastest Pokemon speed run ever.

Realizing this ROM hack is able to control the CPU with only the player’s inventory, [bortreb] wanted to see how far he could push this hack. He ended up writing a bootstrapping program by depositing and discarding items from the in-game PC, and was then able to reprogram the Game Boy with a number of button presses on the D-pad, select, start, A and B buttons.

The resulting hack means [bortreb] can actually make Pong, Pacman, a MIDI player, or even a copy of Pokemon Blue. In the video after the break, you can see all of [bortreb]’s speed run along with the finale of playing a MIDI file of the My Little Pony theme song. [bortreb] has a really amazing hack on his hands here that really pushes the definition of what can be done by tinkering around with a Pokemon ROM.

END_OF_DOCUMENT_TOKEN_TO_BE_REPLACED