Yes, I know. The word means a bunch of other things now. But this was back in the day when the only other rival connotations were a substitute swearword on Battlestar Galactica. We decided that was OK. As hackers take back “hacker”, we’d take back “fracker”. Well, it went nowhere. But if you’re out there reading this and you’re a fracker, maybe you can help.

A Field Guide to Frackers

There are many types of fracker out there, and many motivations for fracking. Let’s look at a few of the obvious ones: 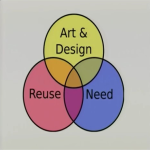 Matt Evans] started off as a fracker of necessity: he was a poor student. But by the time he was giving this fantastic talk at a Linux conference in 2012, he had a decent job paying him enough money to buy whatever he wanted. Nonetheless, when he needed a JTAG programmer to break into some other motherboard from the trash heap, he of course had to build one himself out of a discarded router by writing some kernel code and tapping around the board for GPIOs.

In [Matt]’s talk, he goes through all his reasons for fracking, and it’s fairly clear that he’s at least an Art-Fixit-Eco-Virtuoso Fracker. We’ll call [Matt] simply a Renaissance Fracker. (Not strictly fracking, but neat nonetheless is his cutting up STM32F0 Discovery Kits with a hacksaw post.) 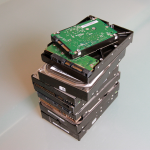 [Sprite TM], who graces our pages frequently, is mostly a Reverse Fracker. Who else takes apart a hard-drive to see if he can reprogram some of the chips that make up the controller? A bunch of his projects display the minimalism and re-use of the Virtuoso. And I have no idea what to make of the Tamogotchi Singularity. Is that Art? It’s awesome…

[The Post-Apocalyptic Inventor] has a YouTube channel where he displays his particular blend of poverty-fixit-reverse-parts-fracking. When he takes apart a welder, it’s partly to get a working a welder, but also to learn about the designs and improve them. And you can be sure that he gets every last stepper motor out of a copy machine.

There are many other inspirational frackers (and their fracks) out there — let’s hear your favorites in the comment section.

So are you a fracker too? It’s not official until you’ve at least skimmed through our manifesto.

Fracking is much harder than buying modules on eBay, but that’s part of the point; you push yourself and you learn. On the other hand sometimes a challenge can turn into a frustration, so there’s no sense in being fanatical. Any fracking you do is good for the environment, your skills, your aesthetic sensibilities, and your pocketbook. You don’t have to delete your profile at Mouser or cut up your credit cards. You’re probably better off just buying capacitors and LEDs rather than scavenging them off of old motherboards and trying to measure them all for instance. (Don’t ask me how I know this.)

But when you do make that scroll wheel out of an old hard-drive platter and motor assembly, you are going to smile just a little bit wider because the surface-mount comparator that detects the phases came from an old iMac that your neighbors pitched. Being a fracker is its own reward. Frackers of the world, unite!

116 thoughts on “Frackers: Inside The Mind Of The Junk Hacker”