One thing we sometimes forget in our community is that many of the tecniques and machines that we take for granted are still something close to black magic for many outsiders. Here’s a tip: leave a 3D printer running next time you take a group of visitors round a hackerspace, and watch their reaction as a Benchy slowly emerges from the moving extruder. To us it’s part of the scenery, but to them it’s impossibly futuristic and their minds are blown.

Nearly 15 years after the dawn of the RepRap project we have seen a huge advancement in the capabilities of affordable 3D printers, and now a relatively low three-figure sum will secure a machine from China that will churn out prints whose quality would amaze those early builders. We’ve reached the point in our community at which many people are on their third or fourth printer, and this has brought with it an unexpected side-effect. Where once a hackerspace might have had a single highly prized 3D printer, now it’s not unusual to find a pile of surplus older printers on a shelf. My hackerspaces both have several, and it’s a sight I’ve frequently seen on my travels around others. Perhaps it’s a sign of a technology maturing when it becomes ewaste, and thus it seems affordable 3D printing has matured. END_OF_DOCUMENT_TOKEN_TO_BE_REPLACED 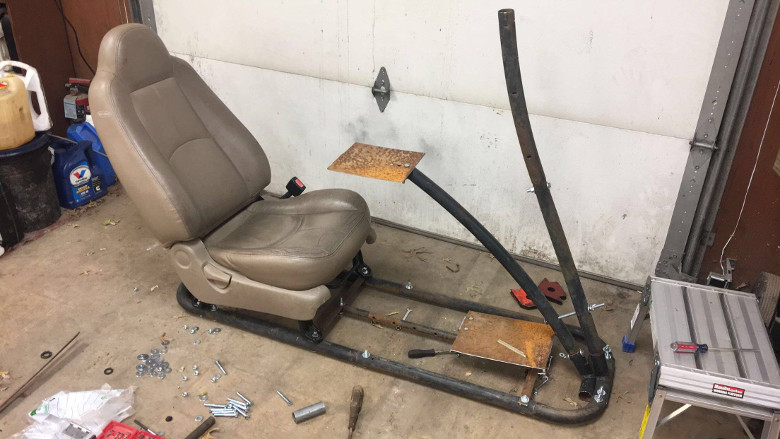 More than one member of the Hackaday team has significant involvement in a hackspace, as member, director, or even founder. We talk about hackspaces quite rarely on these pages though, not because we don’t have anything to say on the matter but because even when we write in general terms our fellow members invariably think it’s all about them rather than the hackspace world at large.

For once I’m going to break the silence, and not only talk about hackspaces, but talk about my own hackspace in specific terms. Because, fellow Oxford Hackspace members, this isn’t about you personally though I’m using our home to illustrate a point. The topic is a thorny issue that must affect all spaces, that of donations of physical items. People want to help their hackspace, they have a pile of what they consider to be good stuff, and when they’re having a clear-out they make a donation. But, as we all know, “one man’s trash is another man’s treasure” and vice-versa. END_OF_DOCUMENT_TOKEN_TO_BE_REPLACED

There it was, after twenty minutes of turning the place over, looking through assorted storage boxes. A Thinwire Ethernet network. About the smallest possible Thinwire Ethernet network as it happens, a crimped BNC lead about 100mm long and capped at each end by a T-piece and a 50 ohm terminator. I’d been looking for a BNC T-piece on which to hook up another terminator to a piece of test equipment, and I’d found two of them.

As I hooked up the test I wanted to run I found myself considering the absurdity of the situation. I last worked somewhere with a Thinwire network in the mid 1990s, and fortunately I am likely to never see another one in my life. If you’ve never encountered Thinwire, be thankful. A single piece of co-ax connecting all computers on the network, on which the tiniest fault causes all to fail.

So why had I held on to all the parts to make one, albeit the smallest possible variant? Some kind of memento, to remind me of the Good Old Days of running round an office with a cable tester perhaps? Or was I just returning to my past as a hoarder, like a Tolkienic dragon perched atop a mountain of electronic junk, and not the good kind of junk?

END_OF_DOCUMENT_TOKEN_TO_BE_REPLACED