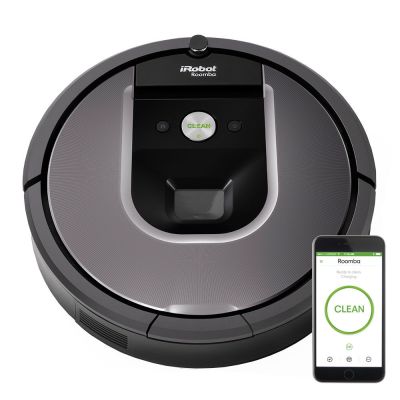 iRobot’s Roomba has been around for 14 years now. Over the years Roomba has evolved into a complex robotic vacuum. Current models have the iconic front bump sensor, as well as cliff sensors for stairs. A forward IR sensor allows the robot to slow down before striking furniture. Dirt detectors determine if an area is clean, or needs more attention. The flagship 900 series even includes a camera and computer running the Visual Simultaneous Localization and Mapping (vSLAM) algorithm.

All these sensors are great for 99% of the cleaning a Roomba will perform. However, the 1% edge cases are where the demons hide. The demon in this case is a steaming surprise left behind by a pet. [Jesse Newton] found himself in just such a situation last week. His Facebook post on the subject quickly went viral. An iRobot spokesperson was quoted in The Guardian as saying  “Quite honestly, we see this a lot. We generally tell people to try not to schedule your vacuum if you know you have dogs that may create such a mess. With animals anything can happen.” The spokesperson went on to say that their engineers are working on the issue. If the spokesperson (and The Guardian) are to be believed, Somewhere inside iRobot, there is an engineer contemplating all the life choices that brought them to this assignment: designing a system to allow the robot to detect pet droppings.

iRobot, the company behind the little circular robot, was quick to embrace the hacker community. Many models of the Roomba include a serial connection. There is even a special Create model for hackers, schools, and makers. Here at Hackaday we believe in giving back. iRobot has given quite a bit to the hacker community over the years. Helping the beleaguered iRobot engineers in their quest to detect the disgusting is the least we can do.

It turns out that sensing animal or human waste is no easy task. Here are a few ideas we came up with:

These are just a few seed ideas to get you started. For the real answers we turn it over to you, our readers. How would you help iRobot through this dilemma? To put it more bluntly, how would you teach a robot to detect poo?