The war of the currents was fairly decisively won by AC. After all, whether you’ve got 110 V or 230 V coming out of your wall sockets, 50 Hz or 60 Hz, the whole world agrees that the frequency of oscillation should be strictly greater than zero. Technically, AC won out because of three intertwined facts. It was more economical to have a few big power plants rather than hundreds of thousands of tiny ones. This meant that power had to be transmitted over relatively long distances, which calls for higher voltages. And at the time, the AC transformer was the only way viable to step up and down voltages.

But that was then. We’re right now on the cusp of a power-generation revolution, at least if you believe the solar energy aficionados. And this means two things: local power that’s originally generated as DC. And that completely undoes two of the three factors in AC’s favor. (And efficient DC-DC converters kill the transformer.) No, we don’t think that there’s going to be a switch overnight, but we wouldn’t be surprised if it became more and more common to have two home electrical systems — one remote high-voltage AC provided by the utilities, and one locally generated low-voltage DC.

Why? Because most devices these days use low-voltage DC, with the notable exception of some big appliances. Batteries store DC. If more and more homes have some local DC generation capability, it stops making sense to convert the local DC to AC just to plug in a wall wart and convert it back to DC again. Hackaday’s [Jenny List] sidestepped a lot of this setup and went straight for the punchline in her article “Where’s my low-voltage DC wall socket?” and proposed a few solutions for the physical interconnects. But we’d like to back it up for a minute. When the low-voltage DC revolution comes, what voltage is it going to be?

The problem with lower-voltage wiring is simple physics. For a given power demand, P=I*V, so a lower voltage means pushing more current. But substituting in Ohm’s Law, more current also means dramatically higher resistive losses P=I^2*R in the wires. Reducing the resistance of the wire by using more copper is one alternative, but you get more bang for the buck by focusing on the current-squared term. 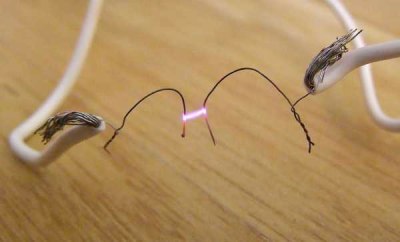 That’s the reason that, for instance, power over Ethernet (PoE) schemes use around 48 V to transmit something like 30 W of power — those thin Ethernet cables can only carry so much current without wasting most of it away as heat. Even around 50 V, PoE schemes count on a loss of three to five watts in the cabling. So whatever cabling is used for the low-voltage DC segments of your home’s electrical system, it’s going to be thicker than Cat-5.

But copper costs money, so there’s always going to be some upward pressure on the voltage exerted by resistive heating effects. 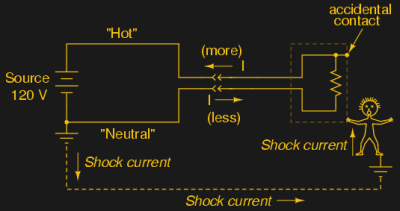 Electricity starts getting dangerous to humans somewhere around 30-50 V. That’s where the current levels that push through the human body resistance start to become troublesome. But while everyone says “safety first!” it’s also worth noting that you’ve got 110 or 230 V AC in your walls right now. Clearly it’s “washing machine first” in the real world. Which is to say that although sub-30 V DC would be safer, we suspect that the safety will be designed into the connectors, or into circuit breakers.

Which brings us to the last concern. Have you ever arc welded? How much DC voltage does it take to strike up an arc? Something in the neighborhood of 24 V is a pretty common value for a professional unit, but people have been able to weld with 20 V tool battery packs or even 12 V car batteries. Some spot welder designs that we’ve seen only use two or three volts, but they develop the required current by pressing the workpieces together very hard to make the low-resistance path. 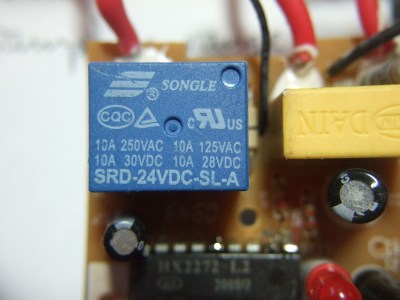 Have you ever looked on a relay and noticed that it has ratings for DC and AC use? For example, these relays are rated for 10 A at 250 V AC, but only 10 A at 30 V DC. Where does this factor of ten come from? Relay contacts can spark as the two contacts get close together, and they are prone to weld themselves together at higher DC voltages in a way that’s just not the case for AC, because AC arcs self-extinguish 100 or 120 times per second.

Making mechanical switches that work for your DC home electric system is going to be a problem, then, and that’s going to put downward pressure on the voltage. The average car contains a lot of relays, and they seem to function most of the time, so maybe 12 V is a good pick here. Don’t take my word for it, though. Here is an automotive engineer’s take on DC in the home. It’s a little bit dated, but he complains about the extra design concerns in working on a 24 V diesel vehicle. We take that as a vote for lower voltages.

The X factor here is progress in MOSFET or IGBT manufacture. Solid state DC circuit breakers aren’t as cheap as mechanical (AC) breakers yet, but at voltages like we’re considering inside the home, they’re getting there. The higher price may also simply reflect present lower demand. Maybe the downward voltage pressure will evaporate in the near future?

Now we’ve come to the end of the article, so let’s see if we can make any sense of all this. If solar is going to play a role in our future energy demands, it’s inefficient to round-trip from DC to AC and back again. It’ll be more efficient to stay DC from the panel to the battery to the end device, maybe only changing voltages once or twice with highly efficient DC-DC converters along the way. 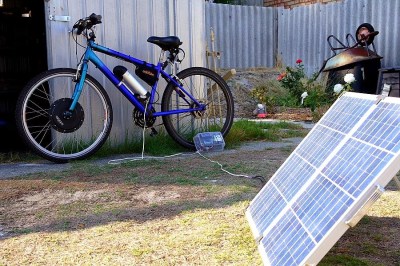 If there were to be a complementary DC standard, heating losses push the voltage level up, switching constraints push the voltage down, and safety is, we think, a wash. Solar panels are essentially costlessly configurable for either high voltage or high current, and we think it’s telling that newer installations tend to run in the 24-50 V range. That says a lot about the importance of heating losses. Batteries are similarly flexible, so there’s not much problem matching them to the source.

We’d be stoked to have DC sockets, and devices that plug into them, all powered by a medium-sized panel on our roof and stored in medium-sized batteries in our basement. Whether this goes from the panel to the battery to the plug at 48 V or 12 V is going to depend on the relative prices of copper and hefty FETs, but we’re betting that FETs get cheaper and copper more expensive. We’d personally like to see this relatively high voltage stepped down at the plug for safety, say to 12 V, but we won’t quibble. It would make the perfect complement to our existing AC infrastructure.

What do you say? What factors are we missing? Any of you have a DC side of your home already? What voltage(s) for DC?

234 thoughts on “What Voltage For The All-DC House?”