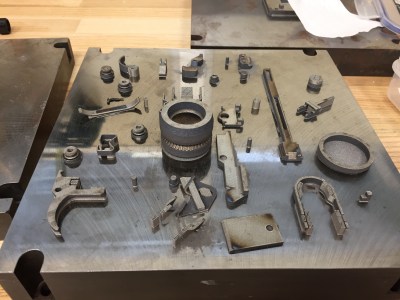 The main purpose of the project was to see whether a capable weapon could be produced using additive manufacturing as well as a viable proof-of-concept for future development. In saying that, during the live-fire test, the performance of the printed rounds were within 5% of traditional 40mm grenade velocities. Additionally, the rapid development could conceivably extend to customized weapons for individual soldiers or combat missions.

This is perhaps taking rapid prototyping using 3D printers to an alarming level. But the printers are far from common equipment. This was high level collaboration using prohibitively expensive processes. It’s interesting to look at, but we’ll settle for some replicas, desk warfare, and some not-NERF weapons.

[Thanks for the tip, Itay! Via Gizmodo]