Hackaday is all about the neat hacks and the repurposing of old components into new projects, but many people then try to take those projects and turn them into businesses. We’ve seen lots of people offer their stuff as kits and sell them on Tindie, with the rare few going on to develop a consumer electronic product at scale.

The Hackaday Prize 2017 Best Product highlights this journey. “Scale” itself is a vague term, but essentially it means to be able to produce enough to meet market demand. We hope that market demand is roughly 7 billion units, purchasing yearly, but the reality is that it is somewhere between 1 and a few hundred thousand, with very big differences in manufacturing at each order of magnitude. So how do you start with a proof of concept and design your product from the very beginning to be optimized to scale to meet whatever demand you can handle? 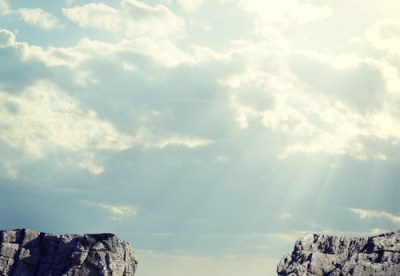 The hardware startup world calls it the retail chasm, and it’s the enormous gap between making your first few units in your home, and mass producing tens or hundreds of thousands of units. This is where most startups fail, because they can’t get the benefit of large volume discounts on components, they can’t afford the injection molds, and assembly is expensive if they can find someone to take on the work at all.

But they can’t charge any more than they would be able to sell it for in volume, so the margins are non-existent and it is really hard to grow. The trick to crossing this chasm is to design the product FOR the chasm. To use components that are easily acquired in low volume, and assembly methods that are still accessible without expensive tools.

Get Comfortable with SMT

Surface mount components on circuit boards save cost, space, assembly time, and are more readily available than through-hole counterparts. If you want to manufacture a product in volume, use SMT whenever possible. I’ve had enough connectors ripped off the board that I’m happy to make an exception for components where mechanical stability is essential, but SMT makes everything better. There is a lot of fear about making the transition and the skills required, but the landscape for making circuit boards at home has gotten much better, with more resources like OSH Stencil and experimentation into reflow controllers like the Controleo.

When looking through the Best Product List of submissions, it is clear that products that are more refined and scalable are all using SMT where possible. It’s common to start with breakout boards for various components and wire them together through a breadboard for the proof of concept, but then quickly move to SMT for the first revision of the custom PCB. heartyPatch started with a development board wired through a breadboard and has refined to a small PCB with almost entirely surface mount components, and almost entirely on one side (the temperature sensor is on the back side and needs to be, but that will complicate assembly).

Assembling PCBs at home is easy, and mostly just requires a pair of tweezers and a hot plate or toaster oven. Of course manufacturers are set up to do SMT really well, so scaling is simple.

It’s tempting to design a custom enclosure that is slick and tiny, or to source a transformer with limited suppliers, but that will only get you in trouble. In the short run it means you’ll pay a lot for the parts and may have to order a minimum number that’s beyond your initial demand. Start with an enclosure from Polycase or Hammond, then modify it as needed. Many of the enclosure companies offer modification and printing in house, too, meaning you can order your parts completely ready with very little up front cost.

Extruded aluminum cases are another popular option, because you can customize the length as well. The City Air Quality project chose this route and ended up with a robust and nice enclosure without needing to pay for tooling costs. They have built in scalability. The part cost may be higher, but the initial investment required is much lower, making it easier to cross the chasm of manufacturing in small volumes until your demand grows enough to afford to invest in your own mold.

Another example is the USB TinyTracker, where [Paul] started with the enclosure and designed his USB TinyTracker to fit inside. If he scales up he can eventually design his own enclosure, but for the beginning he has all he needs.

If you don’t need it, you don’t have to source or assemble it. It’s not unusual in some factories for an unobserved manufacturer to try to save money by removing a component and if it still works they ship it. Naturally you want to be in control of this, but the idea has merit.

At every opportunity, ask yourself if you need this component (or if you can remove it from the product and offer two different versions, like WiFi enabled or not). Just as important is trying to find opportunities for doubling up usefulness so you can eliminate a part or an assembly step or jig. For example, design your enclosure so that it snaps together, with bosses to hold the PCB in place. This eliminates a screwing step, sourcing screws, and possibly a gluing step as well. It is tempting to add parts and features to make your product more appealing to more people, but each one of those additions adds time and cost and failure points and complexity for the users.

Every minute of assembly time is multiplied by the number of units to manufacture, and it adds up quickly. In addition, setting up and taking down an assembly process can account for even more than the process time, making batching of processes essential. It’s much better to assemble 100 PCBs and then program 100 PCBs than to assemble 1, program it, assemble another, program it, and repeat 100 times. Make your stations as easy to set up and take down as possible so that when it’s time to make another batch of units you don’t lose a lot of time on overhead.

Spend some time looking at what is slowing things down during the process, or what is causing inconsistency in production and thus quality controls. A few hours fixing that problem can easily save time and improve yield.

More importantly, though, is refining the design with assembly time in mind. Eliminate parts where possible, use snaps instead of screws, and build in sanity checks and alignment pins so that parts can only go together one way. Make it easy to program the microcontroller, and don’t position parts so that they block other parts.

Crossing the chasm is really hard, but designing your project to scale from the beginning will save lots of pain. You can always swap out parts and make improvements in the future when you scale, but you should prepare in the beginning for lower volumes and more time-consuming assembly using cheaper tools.

Are you working on your own product journey right now? Enter it in the Hackaday Prize Best Product category. It’s a chance for you to connect with the early adopters that make up the Hackaday community and generate early buzz for your product release. There are cash prizes (twenty finalists each awarded $1000 with one Best Product prize of $30,000) and there’s a huge multiplier that comes from being a beloved hardware manufacturer within our community.

21 thoughts on “Designing Your Project To Scale: Crossing The Chasm”