He filled the mold with a 1:1 mix of refractory cement and perlite, and used the back of a reciprocating saw to vibrate the mold as it set so any air bubbles would rise up to the surface. After curing for a day, [Rob] then removed the mold by heating it and peeling it away. Over the next several hours, the cast piece was fired in the oven at increasingly higher temperatures, from 200 °F all the way up to 500 °F. This part is critical, as trapped water could otherwise turn to steam and cause an explosion if the part was immediately subjected to high temperatures. If this sounds a lot like the process for making a small forge, that’s because it basically is.

With the physical aspect of this project largely complete, [Rob] next moved onto an experimentation phase so he could determine exactly how long the heat gun needed to be run. With a presentation that looks like it could be his thesis for the Juan Valdez Technical Institute, he was able to fine tune his process until he got his ideal roast time calculated down to the second. 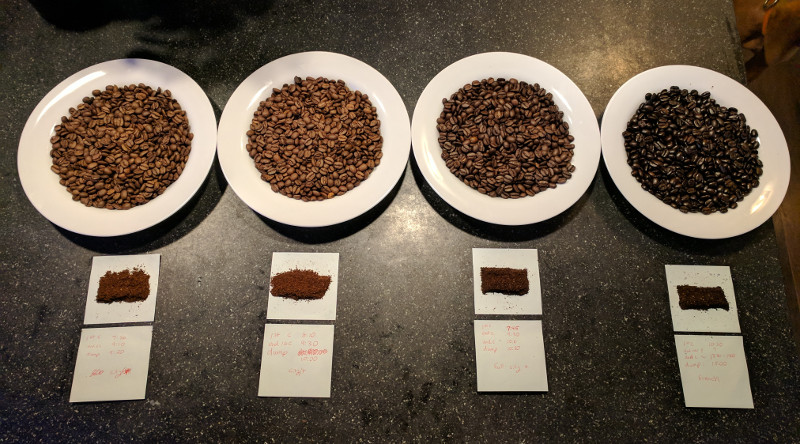 Finally, because an elaborate way of roasting coffee beans needs an equally elaborate method of cooling them back down, [Rob] created a 3D printed adapter that could be bolted onto a 120 mm fan. At first glance his cooler looks simple enough, but on closer inspection you can see a row of openings around the side which are there to help vent back pressure in the event that the amount of beans being cooled restricts the airflow. This prevents the fan from reaching a stall condition, which is a failure mode in axial compressors where the airflow can actually reverse. 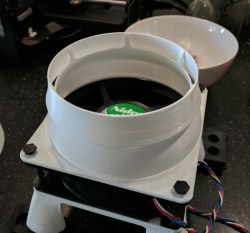 [Rob] says he’s happy with the results of the experiments so far, and believes he can improve the finish quality of his cast by modifying his cement mixture. He’s also looking into replacing the 3D printed mold with a silicone one, which would be reusable and allow him to scale up production. As he hasn’t yet decided on if this is going to become a commercial product or not, [Rob] has decided to keep the STL files for his parts private for the time being, but the details he has shared so far should be enough to get you started if you want to try and duplicate his work.

This isn’t the first time someone’s used a heat gun to roast coffee beans, but it’s certainly one of the most polished attempts. We’d suggest he completes his collection with a 3D printed coffee grinder, but somebody’s already beaten him to the punch.