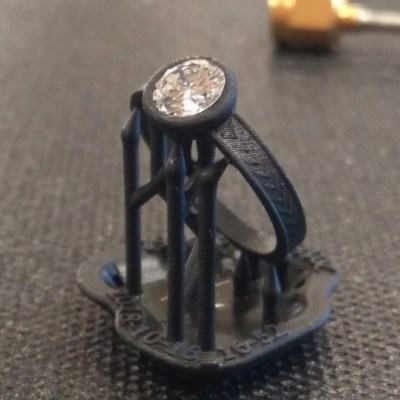 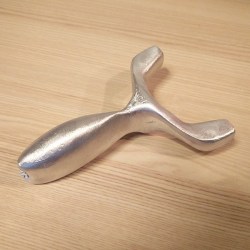 END_OF_DOCUMENT_TOKEN_TO_BE_REPLACED

Mention the term “heavy industry” and the first thing to come to mind might well be the metal foundry. With immense machines and cauldrons of molten metal being shuttled about by crane and rail, the image of the foundry is like a scene from Dante’s Inferno, with fumes filling a vast impersonal factory, and sparks flying through the air. It looks like a dangerous place, as much to the soul as to the body, as workers file in each day to suffer mindlessly at the hearths and ladles, consumed in dirty, exhausting work even as it consumes them.

Things are not always as they appear, of course. While there’s no doubting the risks associated with working in a foundry such as the sprawling Renfrew works of Babcock and Wilcox Ltd. in the middle of the previous century, as the video below shows the work there was anything but mindless, and the products churned out by the millions from this factory and places like it throughout the world were critical to today’s technology.

END_OF_DOCUMENT_TOKEN_TO_BE_REPLACED

Automatic doors and gates are great, except when they fail, which seems to be about every three days in our experience. [MAD WHEEL] had just such a failure, with a plastic gear being the culprit. Rather than buy a new drive unit, they set about casting a replacement in metal.

The video is light on instructions and heavy on progressive rock, and may be a little difficult to follow for beginners. The process begins by gluing the original plastic part back together, and filling in the gaps with epoxy putty. A mould is then created by setting the gear in a gelatine/glycerine mixture. This mould is then filled with wax to create a wax copy of the original part. The wax gear is fitted with cylindrical stems to act as runners for molten metal, and then a plaster mould is made around the wax positive. Two plaster moulds are made, which are placed in an oven to melt out the wax.

The aim was to cast a replacement part in aluminium. The first attempt failed, with the aluminium cooling too rapidly. This meant fine details like the gear teeth simply didn’t cast properly, creating a useless metal blob. On the second attempt, the plaster mould was heated first, and this kept things hot enough to allow the aluminium to fill in the finer details. With that done, it was a simple matter of some post-processing to remove the runners, clean up the gear teeth and refine the shape of the gear on the lathe.

The resulting part does its job well, meshing properly with the other gears in the drivetrain and moving the gate effectively. Many in the comments have stated that the original gear being plastic was likely as a safety measure, to strip out in the event the gate is jammed. While this may be true, it’s a far more robust design practice to instead use a breakable plastic key rather than breaking an entire gear in the event of a problem.

Casting is quite accessible to the dedicated home maker. It’s a great way to make custom metal parts once you’ve learned the fundamentals! Video after the break.

END_OF_DOCUMENT_TOKEN_TO_BE_REPLACED

Which to buy first, a lathe or a mill? It’s a tough question for the aspiring home machinist with limited funds to spend on machine tools, but of course the correct answer is a lathe. With a lathe, we are told, all other machine tools can be built, including a milling machine. Granted that might be a slight  exaggeration, but [Maximum DIY] was still able to use his budget-blowing lathe to make a decent milling machine mostly from scrap.

Details are a bit sparse in the forum post, but there’s enough there and in the video after the break to be mightily impressed with the build. Unlike many DIY mills that are basically modified drill presses, [Maximum DIY] started with things like a scrapped bench grinder pedestal and surplus steel tubing. The spindle motor is from a paint sprayer and the Z-axis power feed is a treadmill incline motor. The compound table was a little too hard to make, so the purchased table was fitted with windshield wiper motor power feeds.

Therein lies perhaps the most clever hack in this build: the use of a plain old deep 19mm socket as a clutch for the power feeds. The 12-point socket slides on the square shaft of the wiper motor to engage the drive screw for the compound table – simple and bulletproof.

To be sure, the finished mill is far from perfect. It looks like it needs more mass to quell vibration, and those open drive pulleys are a little nerve wracking. But it seems to work well, and really, any mill is better than no mill. Of course, if you’re flush with cash and want to buy a mill instead of making one, this buyer’s guide should help.