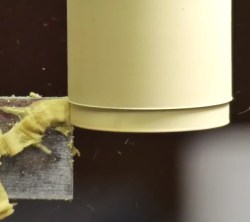 75 thoughts on “Tips For Basic Machining On A Drill Press”